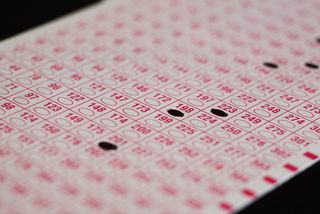 While President Barack Obama's victory was the big news of the night, marijuana enthusiasts and gay marriage supporters may have had the biggest reasons to celebrate Tuesday's election results.

Here are five ways the results may have lasting impact on controversial social matters, from same-sex marriage to drug laws.

Support for marijuana legalization has steadily increased, and last year, for the first time, a Gallup poll found 50 percent of Americans supported legalizing the drug.

But as Colorado Gov. John Hickenlooper said, it may not be time to open the Cheetos and Goldfish snacks just yet. The new laws set the stage for a showdown between the federal and state governments. Under federal law, marijuana is an illegal drug with no beneficial use, and the Department of Justice said its enforcement policies haven't changed. Obama hasn't yet said whether, or how, he'd enforce federal laws that clash with the new state laws.

This election brought good news for same-sex partners. Maryland legalized gay marriage, Maine reactivated its same-sex marriage law, and Minnesota rejected a ballot measure that would have barred gay marriage. As of Tuesday night, the Washington initiative to legalize gay marriage was ahead, with 52 percent of the vote counted. The tallying there is expected to last days.

This election marked the first time that same-sex marriage has won at the ballot box rather than in the statehouse or the courts. [5 Myths About Gay People Debunked]

Obama's re-election stands to be a boon for gay-marriage supporters. Though he initially opposed allowing gay and lesbian couples to marry, the president said in May that his views had "evolved," and he instructed the Department of Justice to stop defending the Defense of Marriage Act in court.

Two states weighed in on illegal immigration. Voters in Maryland approved its version of the DREAM Act, extending in-state college tuition to high school graduates who as children had been brought to the country illegally.

In his second term, Obama is likely to renew the push for comprehensive immigration reform, according to news reports. He  also is likely push for the passage of the DREAM Act, which would provide people brought here illegally with a path to citizenship if they attend college or enroll in the U.S. military.

Abortion, the hottest of hot-button social issues, had a relatively quiet night. Voters in Florida rejected a constitutional amendment that would have prohibited taxpayer funding of abortion and exclude abortion from privacy rights in the Florida constitution.

The Oklahoma Supreme Court rejected a "personhood" amendment before it could even make it to the ballot, saying it was clearly unconstitutional. The amendment would have labeled fertilized eggs from the time of conception as "persons."

It also means that any national abortion legislation will arrive on Obama's desk for signing before it can be approved.

The country may be divided on when life begins, but it's also conflicted about death.

Assisted suicide and the death penalty came up for votes, with mixed results. Massachusetts narrowly rejected a ballot measure to allow terminally ill patients to commit suicide with the aid of a doctor.

California resoundingly defeated a measure that would have abolished the death penalty and converted all death-row sentences to life without parole.