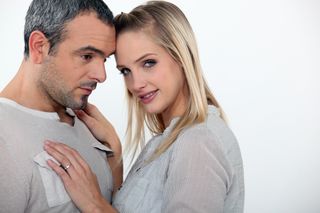 Men with prostate cancer often experience erectile dysfunction as a side effect of their treatment, and many find this to be upsetting to the point where it undermines their wellbeing. Moreover, men's distress about ED often does not improve over time — in some men, it worsens.

A new study sheds light on the causes of this prolonged distress. While some researchers have thought that the severity of a man's ED is linked with how distressed he feels, the new findings show that regardless of men's ED severity, they are much more likely to be distressed when they feel they've lost their masculinity as a result of treatment.

Not all men experience this feeling of lost masculinity, said study researcher Talia Zaider, a clinical psychologist at Memorial Sloan-Kettering Cancer Center in New York City. But those who do are most at risk of feeling deeply troubled, embarrassed or ashamed about their ED.

A feeling of lost masculinity is an aspect of prostate cancer treatment that's not often talked about, Zaider said. "Gender norms work against men," and can keep them from discussing it, she said.

In the study, about one-third of men who had been treated for prostate cancer in the last year reported feeling their masculinity was diminished, and that they had lost a vital part of their identity, Zaider said.

A better understanding of how men respond to their sense of a change in their identity could help researchers find better ways to help men recover, the researchers wrote in their study, published online Sept. 18 in the Journal of Sexual Medicine.

About 242,000 men in the U.S. will be diagnosed with prostate cancer in 2012, and 28,000 will die of the disease this year, according to estimates from the National Cancer Institute. More than 9 in 10 prostate cancers are diagnosed in early stages, and these men are likely to live for a long time after treatment.

This optimistic outlook on survival means that researchers are looking closely at factors affecting men's quality of life after the treatment, Zaider said.

Treatments can affect men's sexual, urinary and bowel functioning, but impaired sexual functioning is the most common long-term complaint of men after treatment, according to the study.

Zaider and colleagues interviewed 75 men, whose average age was 60, who had received prostate cancer treatment in the previous year.

The men answered questions about their level of erectile function, how happy they were with their sex lives, the degree to which they felt a loss of masculinity, and the amount of "marital affection" they felt in their relationship (all men in the study were living with a spouse or partner). The men's spouses were also interviewed.

"Men who felt they'd lost their masculine identity were very likely to be stressed by their ED. The two seemed to go closely together," Zaider said. "That link was there whether they had severe or mild ED."

The researchers also found that among men who felt a lost of their masculinity, those in relationships with a high degree of affection were less likely to feel distress over their ED.

But women don't always understand their husbands' feelings. "I've worked with couples, and when the man talks about how upset he is about his loss of erectile function, the wife says, 'but you're alive, and we're OK,'" Zaider said. "For men, it's not just about their function — it signifies a loss of who they are. There are feelings of incompleteness."

The findings make a case for involving men's partners in interventions aimed at helping men cope with their distress, she said. The researchers have begun a trial to test the effectiveness of such an intervention.

"Perhaps in the context of a strong, affectionate and communicative relationship, men can revise their ideas about what makes them a man and, in turn, adjust better to ED," Zaider said.

Pass it on: A side effect of prostate cancer treatment can be erectile dysfunction, which can seriously damage a man's feeling of manliness.