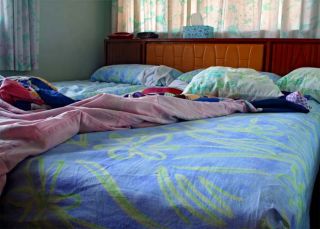 Men with prostate cancer commonly wonder how their sex life will fare in the wake of their treatment. Now, a new study may give them a more personalized and accurate answer to that question than was before possible.

By taking into account the type of prostate cancer treatment, as well as factors such as a man's age, whether he experienced sexual problems before treatment and whether techniques were used during his surgery to maintain nerve function, the findings may give doctors and patients a better idea about what to expect after treatment, the researchers said.

The probability that a man will maintain sexual function after treatment varied from less than 10 percent to greater than 70 percent, depending on his treatment and other personal factors.

Doctors can "tailor the expectations for individual patients given their specific circumstances," Sanda said.

The study will be published tomorrow (Sept. 21) in the Journal of the American Medical Association.

Sanda and colleagues surveyed approximately 3,000 men with prostate cancer, both before treatment and two years after. Participants answered questions about their quality of life, including whether they were able to achieve an erection that was "firm enough for intercourse."

The participants had received one of three treatments: surgical removal of the prostate gland (prostatectomy), radiation therapy using an external radiation beam or the implantation of radioactive seeds (brachytherapy).

But these numbers use broad strokes; the model produced by the researchers' data gives men a more finely tuned picture, depending on their individual case.

For example, the probability that a 50-year-old man who received a prostatectomy would recover sexual function ranged from 6 percent to 70 percent. Such a man has a 6 percent chance if he had problems achieving erections before his treatment, undergoes non-nerve sparing surgery, and has a pretreatment prostate-specific antigen (PSA) level over 10 units. Whereas if he had no problems achieving an erection before his treatment, undergoes nerve-sparing surgery, and has a PSA level under 10, the patient would have a 70 percent chance of achieving erections after prostatectomy.

The findings highlight the fact that prostate cancer treatments have significant side effects, said Dr. Andrew Kramer, a urologist at the University of Maryland Medical Center.

"I think it underscores how severely morbid those treatments are," Kramer said. "They have profound effects on erectile dysfunction," said Kramer, who noted that about half of his ED patients have previously undergone prostate cancer treatment.

The findings also draw attention to the need to determine whether prostate cancer is being overtreated, Kramer said.

"If we're saving all these guys' lives, that great," Kramer said. "I think ifs it's not, we've got to realize how significant the outcomes are for erections, because they are significant."

Pass it on: Doctors may be able to give prostate cancer patients a better idea of whether they will recover sexual function after treatment by using a new model.