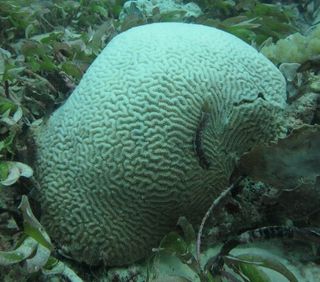 The coral diversity in the West Indian Ocean, especially around Madagascar, is greater than previously believed and it may even rival parts of the Great Barrier Reef, new research shows.

The study, published Sept. 19 in the journal PLoS ONE, is based on surveys of reef-building corals conducted from 2002 to 2011 by scientists with the Coastal Oceans Research and Development in the Indian Ocean (CORDIO).

The researchers identified 369 coral species in the West Indian Ocean, but estimated that further studies may show up to 450 species residing there, which would put it on par with India's Andaman Islands or the northern Great Barrier Reef.

The number of species is especially high in the northern Mozambique Channel, the waterway that separates Madagascar from Africa's west coast. The researchers said 250 to 300 species could be found at sites in this area. Meanwhile, there were 200 or fewer species in other parts of the West Indian Ocean, including waters off northern Kenya, the Gulf of Aden and the outer Seychelles islands.

Steve Katona, managing director of the Ocean Health Index for Conservation International, explained in a statement that healthy coral reefs can provide benefits like costal protection against storms, tourist attractions and food production.

"Coral reefs of the Western Indian Ocean need careful management and protection if they are to realize their full potential for improving human well-being in this critical developing region," Katona said.