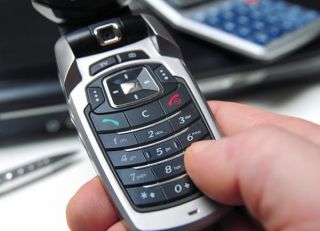 Singer Sheryl Crow has said she believes her benign brain tumor was caused by frequent cellphone use, but the science to date does not support her theory.

Crow said that although no doctors will confirm it, she thinks it's possible her brain tumor, called meningioma, is related to her cellphone use. "I [used to spend] hours on the old, archaic cellphones," Crow said on yesterday's episode of Katie Couric's daytime talk show "Katie."

However, the evidence linking cellphone use to brain tumors has been inconsistent, and most studies have not found a link.

"There is no conclusive proof that cellphones cause brain tumors," said Dr. Michael Schulder, vice chairman of the department of neurosurgery at Cushing Neuroscience Institute in Manhasset, N.Y.

About 6,000 people are diagnosed with meningiomas yearly in the U.S., according to the National Cancer Institute.  Schulder told MyHealthNewsDaily that Crow falls into the group that is most prone to developing meningiomas — women in their 40s and 50s.

Although they're called brain tumors, meningiomas actually form in the lining of the brain rather than the brain itself. Most are benign, meaning they are unlikely to spread to other sites within the body.

"There is no reason to think that there's some other extra cause" for Crow's meningioma. "She meets the risk factor profile for developing that tumor," said Schulder, who is not involved in Crow's care.

Cellphones emit radiofrequency energy, which can be absorbed by tissues, according to the NCI. But so far, the only known biological effect of this energy, which is also emitted by microwave ovens, is a tiny rise in temperature, the NCI says. Unlike the ionizing radiation in X-rays, radiofrequency energy is not known to damage DNA. (Damage to DNA is considered a necessary step to cause cancer, the NCI says.)

Another 2011 study from Denmark found no link between the location of brain tumors called gliomas and the regions of the brain that are exposed to the highest levels of radiofrequency energy.

In addition, between the 1987 and 2007, a period when cellphone use rose rapidly, there was no increase in the incidence of brain cancer in the United States, the NCI says.

A study published last year did find that people who used a cellphone for 50 minutes showed an increase in sugar metabolism in the tissues on the side of their head closest to the phone. However, the health outcomes of this increased metabolism were not known, the researchers said.

Because cellphone technology is changing rapidly, and people use cellphones differently from in the past, more research is needed on the possibility of a link between cellphones and cancer, the NCI says.

In the meantime, Schulder said, people can use hands-free devices, such as headsets, to avoid unnecessary exposure to cellphone radiofrequency energy.

Pass it on: There is no conclusive evidence that cellphones cause brain tumors.