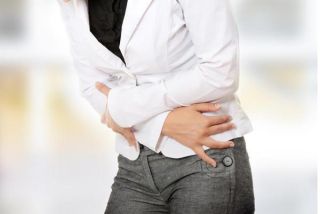 Inflammatory bowel disease (IBD) may affect up to 1.4 million American adults, though an exact cause is unknown. CREDIT: Piotr Marcinski | Shutterstock

Some studies have suggested that the cholesterol-lowering drugs statins may raise people's risk of inflammation of the pancreas, but a new review finds instead the drugs actually lower the risk of the condition.

The risk of pancreatitis, as the condition is called, was 21 percent lower among people taking statins, compared with people who were either taking a placebo or whose high levels of triglycerides were being controlled in other ways, according to the review.

People with high levels of triglycerides, a type of fat in the bloodstream, are known to have a high risk for pancreatitis. The condition is usually mild, causing symptoms such as abdominal discomfort and nausea, but it can also be life-threatening, causing complications such as breathing problems or kidney failure, according to the Mayo Clinic.

In general, the risk of pancreatitis was low, with about 0.3 percent of people in any arm of the studies developing the condition. Statins reduce the amount of cholesterol in bile, which could reduce the risk of developing gallstones, a risk factor for pancreatitis, according to the study.

Although people with high triglycerides are also recommended to take drugs called fibrates, some evidence suggests that fibrates may lead to gallstones, which could increase the risk of pancreatitis, according to the researchers.

The researchers also looked at seven trials of fibrates that included 40,000 people, and found no increase in pancreatitis risk among those taking the drugs.

"The analysis raises questions regarding the choice" of which drugs to use in treating patients with high triglycerides, the researchers said. "In those with slightly elevated triglyceride levels, statins appear better supported by the available data than fibrates for preventing pancreatitis," they wrote, but a trial directly comparing fibrates with statins for the prevention of pancreatitis is needed.

The researchers also noted that lifestyle changes remain important way to lower triglycerides. Getting regular exercise and eating a diet low in sugar are recommended for people with high triglycerides.

Pass it on: Statins may lower people's risk of the inflammation of the pancreas, a new review finds.