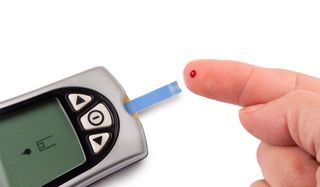 The cholesterol-lowering drugs known as statins may increase the risk of diabetes in postmenopausal women, a new study says.

Postmenopausal women in the study who took statins were 1.5 times more likely to develop diabetes over a seven to 12 year period compared to women who did not take statins.

The findings add to a growing body of research suggesting that, in some cases, diabetes may be a side effect of statin use. The current study found the particular medication did not seem to make a difference in terms of the women's risk.

However, statins do have heart benefits, and even address the cardiovascular consequences of diabetes, the researchers said. In fact, the results of a recent study suggest that, for those who need the drugs, the benefits of taking them appear to outweigh the risks.

Until more is known, guidelines regarding use of statins in diabetic and nondiabetic people should not change, the researchers said. Experts said it may be necessary for women on statins to be monitored for the development of diabetes.

During the study, 10,242 new cases of diabetes developed, and risk of diabetes was associated with statin use.

The results held even after the researchers took into account factors that could increase the risk for diabetes, such as age, ethnicity, cigarette smoking and physical activity.

The association was seen for all types of statins, although the researchers note they can't say for sure whether women switched statin medications or stopped using them over the course of the study.

The reason for the higher risk among individuals with a lower BMI is unclear, but it could be related to body fat distribution. Fat carried around the belly (so-called visceral fat) is thought to be worse for health than fat found under the skin, and women with high amounts of visceral fat may be at a higher risk of diabetes, regardless of their body mass index.

Researchers still don't know the consequences of developing diabetes while on statins, said Dr. Suzanne Steinbaum, director of women and heart disease at Lenox Hill Hospital in New York who was not involved in the study. For instance, does the health of patients stay stable, or "do patients get sicker?" Steinbaum asked.

Until more is known, women who are taking statins may need to monitor their diet and blood glucose levels, Steinbaum said.

A woman should be put on statins only if she absolutely needs the medication, and this should be evaluated on an individual basis, Steinbaum said.

The new study is published today (Jan. 9) in theArchives of Internal Medicine.

Pass it on: Women taking statins may need to keep an eye on their diet and blood glucose levels.