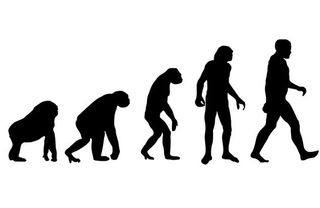 Despite advances that have allowed humans to profoundly alter our environment, natural selection continues to work on our species.
(Image: © imageZebra | Shutterstock)

Natural forces of evolution still continue to shape humanity despite the power we have to profoundly alter the world around us, researchers say.

Evolution occurs in response to outside forces that weed out whatever individuals are least fit to survive those pressures, allowing those better-fit individuals to survive and reproduce. However, since humans radically alter their environments, some researchers have questioned whether natural forces of selection continue to act upon our species. For instance, agriculture can generate surplus food that can insulate us from many ills of the world.

The findings, detailed online today (April 30) in the journal Proceedings of the National Academy of Sciences, add to accumulating evidence of our continued evolution. For instance, past research has suggested the human brain has been shrinking over the past 5,000 years. Another study of an island population in Quebec found a genetic push toward a younger age at first reproduction and larger families.

To explore this debate further, scientists examined church records of nearly 6,000 Finns born between 1760 and 1849, which detailed information on births, deaths, marriages and economic status. The data enabled the researchers to investigate human patterns of survival and reproduction and compare them with other species — genealogy is very popular in Finland, and the country has some of the best available data for such research.

The researchers investigated how agriculture might have affected four key aspects of human life — survival to adulthood, access to mates, mating success and fertility per mate. Their findings suggest that farmer and fisher Finns continued to evolve just like other species. For instance, variations in fertility and survival to adulthood match patterns seen in other organisms. [10 Things That Make Humans Special]

"We have shown advances have not challenged the fact that our species is still evolving, just like all the other species 'in the wild,'" Lummaa said.

Intriguingly, "both the relatively wealthy individuals were exposed to very similar overall selection as the poor in our study," said researcher Alexandre Courtiol, an evolutionary biologist at the Institute for Advanced Study in Berlin. "Many people intuitively think that 'wealth' might somehow protect us from the influence of the environment." Instead, both wealthy and poor seemed to experience similar levels of early survival and fertility.

As with most animal species, men and women are not equal when it comes to natural selection, the researchers found.

The fact that natural selection continues to occur in humans during the advent of agriculture and other major cultural shifts "means that biology and culture must have interacted and shaped each other to an extent underestimated so far," Courtiol told LiveScience.

"Most scientists studying human evolution focus only on our hunter-gatherer way of life 10,000 years ago, but we show that, albeit interesting, this will not give you a complete picture of the story — we also need to focus on how people were living until very recently, and probably even today," Courtiol added.

"Extending our research toward modern days would be particularly interesting to understand how the current environment continues to shape humans," Courtiol said. "This could be potentially of importance from a medical point of view, to understand, for instance, how quickly our immunity can respond to new major epidemics. One major obstacle is that we need reliable data at the level of individuals — number of offspring, number of partners, birth and death date — across the lifetime of all born individuals, and such datasets are rare because even many famous longitudinal studies are biased towards certain types of people or do not cover all necessary life events."