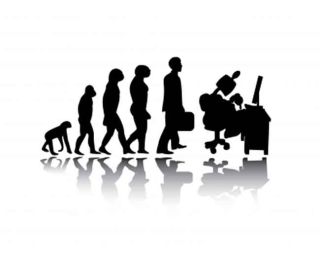 Editor's Note: This is Part 9 in a 10-part LiveScience series on the origin, evolution and future of the human species and the mysteries that remain to be solved.

Evolution in humans is commonly thought to have essentially stopped in recent times. But there are plenty of examples that the human race is still evolving, including our brains, and there are even signs that our evolution may be accelerating.

Comprehensive scans of the human genome reveal that hundreds of our genes show evidence of changes during the past 10,000 years of human evolution.

"We know the brain has been evolving in human populations quite recently," said paleoanthropologist John Hawks at the University of Wisconsin at Madison.

Surprisingly, based on skull measurements, the human brain appears to have been shrinking over the last 5,000 or so years.

"When it comes to recent evolutionary changes, we currently maybe have the least specific details with regard the brain, but we do know from archaeological data that pretty much everywhere we can measure — Europe, China, South Africa, Australia — that brains have shrunk about 150 cubic centimeters, off a mean of about 1,350. That's roughly 10 percent," Hawks said.

"As to why is it shrinking, perhaps in big societies, as opposed to hunter-gatherer lifestyles, we can rely on other people for more things, can specialize our behavior to a greater extent, and maybe not need our brains as much," he added.

In contrast to our limited but growing knowledge regarding the modern evolution of the human brain, the best example we see of evolution of humans in recent history is linked with malaria, Hawks said. Since the disease often targets humans early in life, there was a strong pressure to evolve defenses from malaria — any genetic factor that confers resistance against it would give descendents a chance to have offspring, while those without such protection were more likely to not reproduce.

There are lots of examples of defenses against malaria. Sickle cell anemia is the best known —the disorder deforms red blood cells into sickle shapes, which can impair blood flow, thus damaging tissues, this malformation also prevents the malaria parasite from infesting blood cells.

"Although sickle cell is best known in Africa, there is also an India-Pakistan variant of it that seems to have evolved separately," Hawks explained. "Both variants have evolved very recently, in the last three or four thousand years, and in that time have risen to as much as 10 to 15 percent of the populations. That's pretty rapid change."

Lactose tolerance is another recent example of a recent evolutionary change.

Most of the world remains lactose intolerant, unable to digest the complex milk sugar lactose as adults, but the evolution of lactose tolerance perhaps some 7,500 years ago in Europe enabled people there to take advantage of non-human milk, a highly nutritious food source one can sustainably procure instead of slaughtering animals.

"When you develop agricultural diets, you might need adaptations to survive on them, the way the digestive systems are regulated," Hawks said.

Is our evolution accelerating?

There are signs that human evolution may not only be continuing, but that its rate has even accelerated in recent times. Hawks and his colleagues have found evidence of rapid change, with a host of new mutations originating in the last 40,000 years.

"The ecology of humans has been changing," Hawks said. "The biggest changes have to do with agriculture and its consequences — dealing with a new subsistence pattern that caused people to rely on foods that were never very important before, a radical shift from hunter-gatherer diets. For instance, agricultural populations tend to have more copies of a gene for salivary amylase, which helps them digest starch."