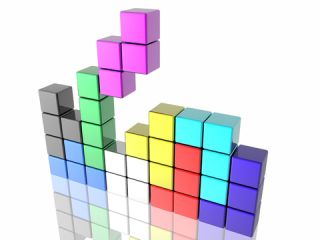 LONDON — A seemingly trivial task – playing a particular video game – may lessen flashbacks and other psychological symptoms following a traumatic event, according to research presented here at the British Psychology Society Annual Conference.

Researchers are now corroborating what some trauma sufferers have happened upon by chance: Focusing on a highly engaging visual-spatial task, such as playing video games, may significantly reduce the occurrence of flashbacks, the mental images concerning the trauma that intrude on the sufferer afterward.

Flashbacks are considered by some to be the central hub of symptoms associated with post-traumatic stress disorder (PTSD), researchers Lalitha Iyadurai and Ella James of Oxford University explained to LiveScience. They are invasive, unpredictable distress signals that can make everyday activities difficult. The jarring mental images also may trigger or exacerbate other symptoms associated with PTSD, including irritability, anger, poor concentration and sleep disorders. [Top 10 Spooky Sleep Disorders]

Reducing the occurrence of flashbacks is therefore likely to relieve post-traumatic suffering while leaving the actual memories of the trauma in place, they said.

Iyadurai stressed the new research does not suggest a video game can instantly cure PTSD, but that it does suggests alternative treatments for the symptoms.

To test their idea, researchers asked subjects to view a disturbing film — an admittedly poor but sufficient simulation of real trauma. Within six hours of viewing this film, the period during which memories are thought to be consolidated for long-term storage, test subjects were randomly assigned to one of three tasks: answering trivia; playing Tetris, a 1980s video game that involves optimizing visual-spatial cues; or engaging in nothing in particular.

Over the following week, subjects who had played Tetris reported experiencing significantly fewer flashbacks of the film than the others did. (For reasons that are unclear, those who answered trivia actually had the most flashbacks.) The finding supported previous research on Tetris therapy.

When played immediately following exposure to trauma, "the Tetris game had a protective effect," lead researcher Emily Holmes, a professor at Oxford, said. She and colleagues hypothesize that the visual-spatial demands of Tetris disrupt the formation of the mental imagery involved in flashbacks.

Follow-up work by James and colleagues is exploring whether Tetris may help trauma sufferers even after the memory has been sealed into long-term storage. In this work, the researchers are asking subjects to recall the traumatic film a day after viewing it, stimulating a process called "memory reconsolidation," during which the memory is re-formed in the brain. Subjects are then asked to play Tetris during the reconsolidation period and to count the number of flashbacks they experience in the following week.

The results of this research could prove critical to therapy conducted long after a trauma has been experienced.

It may seem trivializing to suggest that something like playing a video game could have a long-term impact on PTSD and other serious psychiatric disorders such as depression and bipolar disorder that involve unwanted mental images. And researchers are unsure of the mechanisms involved and do not know if their preliminary results would transfer to humans in real-life scenarios.

But Holmes pointed to another trivial act that is now considered an unmatched lifesaver.

In other words, it is possible that simple visual-spatial exercises, as exemplified by Tetris, could have a significant impact on some psychological disorders and that someday, when the mechanism is known, the current research will be recognized in hindsight as obvious.

As for whether we should, today, be equipping soldiers with Tetris games to play immediately after battle, Holmes told LiveScience, "Not until we do clinical trials first."