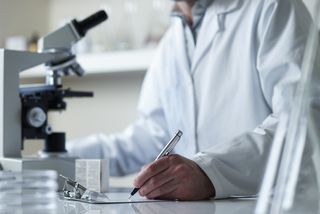 In science, it's not enough to think something is so. Researchers must show that what  we believe to be true is in fact true, proven through statistically significant and reproducible results. Questioning assumptions is, after all, what science is about.

Nonetheless, some studies really take the cake in the "duh" department, discovering  things that were already obvious. Here are findings from this year that should come as little surprise.

Drinking too much alcohol can impair decision-making. And a study out this year drove this point home: Canadian researchers, reporting results that will be published in January in the journal Addiction, said they ran 12 studies looking at the link between blood alcohol and the likelihood of agreeing to use a condom during sexual intercourse. The more alcohol in a person's system (yes, the drunker they were), the more likely they were to throw caution to the wind and ditch safe sex. Specifically, for every 0.1-milligram-per-milliliter increase in study participants' blood alcohol levels, there was a 5 percent increased likelihood of having unprotected sex.

When mixed martial arts fighters need to show off masculine strength and confidence, they suppress fear, empathy, pain and shame.

Yeah, not too shocking: that tamping down those emotions might make someone seem more formidable. But the research, published in December in the journal Social Psychology Quarterly, was aimed at understanding how men manage their emotions and expectations of manhood.

"Managing emotional manhood, whether it occurs in a locker room or board room, at home or the Oval Office, likely plays a key role in maintaining unequal social arrangements," study author Christian Vaccaro of Indiana University of Pennsylvania said in a statement.

Who knew, getting behind the wheel while high could be trouble? According to a study published in October in the journal Epidemiologic Reviews, marijuana use increases the risk of car crashes. People who took to the road within three hours of smoking pot, as well as those who tested positive for the drug, were more than twice as likely as other drivers to be involved in a car crash. And that risk increased for those who smoked more frequently and those showing a higher level of the drug in their urine.

Turns out pigs aren't just putting on a show when they haul butt around their muddy quarters, diving into the muck. They actually like it. While mud baths keep pigs cool, a review of research reported in 2011 found wallowing may also be a swine sign of well-being. While the review found the strongest reason noted in the past studies for wallowing was to keep cool, the pigs kept it up through winter months.

Surprise, surprise: Fashion mags portray women over 40 sparingly, if at all. Young celebrities and models dominate the pages of these publications, even ones targeted at older age groups. For example, researchers reported in April in the Journal of Aging Studies, that 22 percent of the reader base of Essence is older than 50, but only 9 percent of the women in its pages were even older than 40. Vogue featured only one woman over 40 on its covers in 2010: Halle Berry (then 43).

In the realm of unsurprising marriage advice, researchers found this year that generous marriages are happy marriages. Couples with spouses who offer back rubs and other seemingly selfless acts are happier with their relationships than people who report low amounts of generosity in their marriages, according to researchers with the National Marriage Project.

Smoking pot and drinking? Not my daughter! Parents are in denial about their own children's bad habits, according to poll data released in September by the University of Michigan's C.S. Mott Children's Hospital. That study found that while most parents believe at least 60 percent of 10th-graders drink alcohol, only 10 percent thought their own teen did.

8. People aren't doing anything in particular on the Internet

Anyone who has ever gone down an Internet black hole, only to emerge hours (and dozens of Wikipedia articles) later, will be less than shocked at the revelation that online is the place to go for mindless entertainment. According to a Pew Research report released in December, 53 percent of people ages 18 to 29 get online at least once on any given day just to pass the time. Using the Internet to goof off isn't limited just to the young, either: Fifty-eight percent of all adults said they sometimes get on the Internet for no reason other than casual entertainment.

Graduated licenses, which allow teens more freedom behind the wheel as they gain driving experience, save lives. Researchers at the Institute for Research and Evaluation (PIRE) reported in November that fatal automobile crash rates among 16- and 17-year-olds fell 8 percent to 14 percent in states that enacted graduated-licensing laws. Restrictions such as limits on the number of passengers a teen can ferry around and rules against night driving decreased fatal crashes by 13 percent and 9 percent, respectively. Practice (and a little more maturity) makes perfect, it seems.

Calories, cholesterol, sugar … yawn. A study published in October found that grocery shoppers pay little attention to the information on nutrition labels. Even shoppers who say they "almost always" read nutrition information aren't likely to take in much information in a real-world shopping environment, the research found. Using an eye-tracking device on study volunteers, researchers found that only about 1 percent looked at information about total fat, trans fat, sugar and serving size on nearly all labels, even though between 20 percent and 31 percent of people said they looked at each of those categories when they shopped. Anything low on the label is particularly unlikely to get attention. The study found that the average consumer doesn't make it past the fifth line.

U.S. presidents tend to live as long or longer than their contemporaries born in the same year as them, according to research published Dec. 7 in the Journal of the American Medical Association. Sure, being chief executive is stressful (and eight have died in office, four by assassination), but it turns out the top job in the country comes with perks: great medical care, for example. Presidents also tend to be well-off and well-educated, according to lead researcher S. Jay Olshansky, a professor of public health at the University of Illinois at Chicago. Unsurprisingly, money and knowledge tend to buy health and longevity.