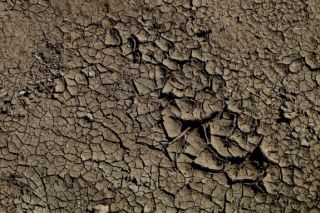 Climate change may bring more drought in some parts of the world, according to a report linking extreme weather to climate change.
(Image: © sxc.hu)

Humans' activities appear to have brought on more extreme weather — including more hot days, heat waves and heavy precipitation — and we can expect this to worsen in decades to come, according to a report being prepared by the leading international climate change organization.

A summary report, released today (Nov. 18), states that since 1950, cold days and nights have decreased, while warm ones have become more frequent globally, as has heavy precipitation. There is also evidence droughts have increased in some places, but decreased in others, the report by the Intergovernmental Panel on Climate Change says.

The rest of the century will bring more extremes, according to this scientific assessment, which predicts:

Predictions like these bring to mind disastrous events like the European heat wave of 2003, droughts that crippled Russian agriculture in 2010 and hit the U.S. hard this summer, as well as the heavy rains that flooded Pakistan in September.

However, climate change did not create these events. Rather, it sets up a situation that enables naturally occurring weather extremes to become more severe. So, the effect of climate change is visible only over the long term.

The situation is like a baseball player on steroids, according to Gerald Meehl, a senior scientist at National Center for Atmospheric Research in Boulder, Colo. If that player hits one home run, it's not clear if that home run is due to the steroids. To see how the steroids affected the player, it's necessary to compare his performance during the steroid-enhanced season with that from a previous one when he was not using steroids, Meehl said.

Some changes are more easily observed and predicted than others.

That shift continued into the future, in their computer models, with warm days outnumbering cold ones as much as 50 to 1 by the end of the century. It is significant, Meehl points out, that the extreme cold days did not go away.

While it's intuitive that global warming would cause more extreme heat, the report suggests there's also a 66 percent or greater likelihood it will lead to more heavy rain and snowfall in many areas. That's because global warming means warmer air in some places, and the warmer the air, the more moisture it can hold, providing more water for a storm to dump, he explained.

Some changes are more difficult to predict than others.

While the summary report offers some predictions about tropical cyclones, which include hurricanes, looking ahead at these types of events can be tricky. Hurricanes are problematic because ideally they require  global ocean-atmosphere models run for a century or more with higher spatial resolution than what current computers make feasible. Also, the observational record of hurricanes is spotty prior to the 1970s, when satellites began tracking them, so the historical record before then is more uncertain. [Images: Hurricane Hunters in Action]

The full IPCC report, "Managing the Risks of Extreme Events and Disasters to Advance Climate Change Adaptation," also addresses the human dimension, discussing the impacts of natural disasters caused by extreme weather events and how risk and losses can be mitigated. The full report is expected to be released in February 2012.