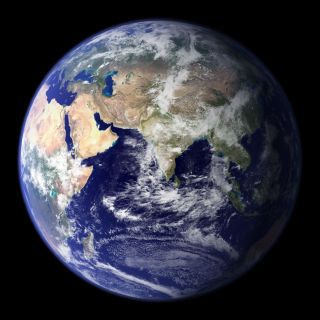 Only one-fourth of American teenagers receive a passing grade on their climate change awareness and understanding, says a new poll from Yale University.

The study polled 517 American middle- and high-school students, and 1,513 adults from homes throughout the country. Participants were asked about various facts regarding climate change. Scores of about 90 percent correct got an A, those between 80 and 89 got a B, between 70 and 79 got a C (passing grades), while those between 60 and 69 got a D and those below 59 got an F (failing grades).

Many of the teens polled had serious misconceptions about the causes of and solutions to climate change, which led some of them to doubt its occurrence, humanity's involvement in the process or to understand its causes and solutions.

In many ways teens showed less understanding of climate change than did adults:

Teens are also confused about the relationships between climate change and other environmental issues, including the hole in the ozone layer, which is a region of thinned ozone over the South Pole. About 35 percent of teens incorrectly believe that the ozone hole is a large contributor to climate change; 21 percent believe aerosol cans play a role in climate change (they don't), and 44 percent believe stopping rockets from punching holes in the atmosphere would reduce global warming — something not supported by science.

Hope for the future

Previous studies have shown that women are more accepting than men of a scientific view of global warming, from an analysis of eight years of Gallup poll data in 2010. Some polls find that about 75 percent of adults believe in climate change, though other studies have shown that things as simple as daily weather fluctuations can effect that belief.

On some questions teens did prove themselves savvier than their elders:

The teens recognized their limited understanding of the issues: less than 1 in 5 would call themselves "very well informed" about climate change, and only 27 percent note they have "learned a lot" about the issue in school. But, there is hope. When asked, 70 percent of teens say they would like to know more about climate change.