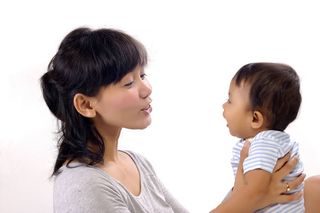 The brains of adults can grow in a startlingly short time if made to learn tasks much as children do, according to a new study by researchers who are hoping the insight  will help treat brain disorders.

The scientists unexpectedly discovered that adult brains can grow after less than two hours of tasks, imitating the rapid learning that occurs during early childhood.

Scientists have long known that the brains of infants grow rapidly. In recent years, an increasing amount of research also has found that the adult brain is still plastic or malleable, with its gray matter capable of growing after experiences that last even only weeks.

"Our finding suggests that the adult human brain is far more plastic than previously believed," researcher Li-Hai Tan, a cognitive neuroscientist at the University of Hong Kong, told LiveScience. "We are very excited about the finding, because we think that it offers hope to adult people with brain development disorders — with appropriate intervention strategies, adults' brains may still be able to quickly develop structure to acquire skills. This will be a welcome relief to many families."

The scientists were analyzing the effects of language on color perception, the matter of a long-standing debate. More than a half-century ago, linguist Benjamin Lee Whorf proposed that language can affect how one perceives and thinks about the world. Tan and his colleagues wanted to scan brains to see if such effects might be visible at the cellular level.

The researchers asked 19 adult volunteers to learn made-up words for two shades of green and two shades of blue. These tasks were designed to mimic the rapid and intense word-object associations that occur during verbal development in early childhood. The task involved listening to the names of these colors when they were displayed, naming these colors when they were flashed on a screen, and identifying whether or not the colors and the words shown alongside them matched.

After five training sessions in three days, for a total training time of 1 hour and 48 minutes, brain scans revealed such learning produced a rapid increase in gray matter in the left visual cortex of the volunteers, in brain areas linked with color vision and perception. These changes may have been due to proliferation of neurons or the branches sticking out of them called dendrites, or both.

"We were so surprised, we could not believe it — the adult human brain structure changes so fast," Tan said. [Sex Boosts Brain Growth]

These results show evidence in the brain supporting previous experiments that concluded that names for different colors affected people's ability to perceive differences between colors. The permanence of the changes remains uncertain, Tan said.

Previous research on experience-dependent brain changes in adults used tasks involving physical motions and measured the number of connections between neurons. "It remains to be seen if those motor tasks might lead to a quick change of the brain at the macroscopic level — that is, gray matter," Tan said.

The scientists detailed their findings online April 4 in the journal Proceedings of the National Academy of Sciences.