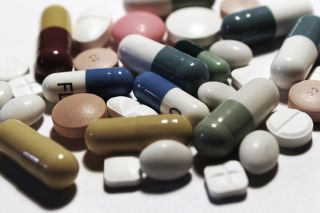 AUSTIN, Texas — During the rancorous debate over President Obama's health care plan, various factions could agree on one thing: Health care in the U.S. is riddled with waste. That waste has cost billions of dollars and perhaps millions of lives.

By organizing data related to patients' behavior and to drug development, digital technology could eliminate that waste and preserve the public's health more drastically than any wonder drug.

The technology for that transformation is already here, said Jonathan Richman, director of social media at the marketing agency Possible Worldwide and author of the health care blog Dose of Digital. Speaking March 13 at the South by Southwest music, film and interactive technology conference here, Richman detailed how smart data analysis could perform the seemingly contradictory tasks of improving patient health and improving the profits of pharma and insurance companies.

"There’s really an interesting intersection between digital infrastructure and health care,” Richman said. "Rather than making new drugs, is there a way to use digital technology to make existing drugs more powerful? Instead of looking at the biology side, I say let’s focus on the technology side. Use technology we have, or soon will have, to improve health care.”

Richman identified drug use and drug prediction as the key areas where digital technology could streamline and improve health care to the benefit of everyone involved.

Under the current system, he said, both patients and pharmaceutical companies misuse the many powerful and helpful medications at their disposal. On the patient side, the refusal to take medication, or the failure to use it correctly, costs $290 billion a year, Richman said. For breast cancer alone, 20 percent of women stop taking their medication after one year, even though taking the medication for five years cuts in half  the risk of the cancer recurring.

On the pharma side, drug companies spent $60 billion in 2010 on research and development but released only 21 new medications, because, Richman said, they didn't properly understand what the drugs do or how to profit from them.

Digital technology can fix both those problems, Richman said. For patients, the scale of noncompliance could be drastically reduced by products in development such as the Vitality medication capsule top, which uses e-mail, texts and phone calls to remind patients to take their medicine, and the Proteus chip in a pill, which tells doctors if and when their patients actually swallowed their pills.

Tech can help the pharma companies by using data mining to find new and profitable uses for existing drugs (the way Pfizer started thriving on Viagra once it stopped trying to use the pill to cure angina) and by finding side effects before it's too late (as was the case with Merck, when insurance data, not medical studies, uncovered the dangers of the arthritis drug Vioxx).

“There are thousands and thousands of drugs that sit on shelves at pharma companies because they can’t get them approved or can’t make money on them. But if we gather the data more effectively, I can determine the one person that drug will work in. Now you can take those drugs off the shelf and give them to the one person who needs them," Richman said.

Existing digital technology also can help save people who have America's deadliest medical condition, heart problems. Apps on iPhone that monitor a patient's heart condition could automatically call an ambulance during the earliest stages of a cardiac event, bringing paramedics to the scene during those critical early minutes.

“No offense to Foursquare or Gowalla, but this is location-based services that can save lives,” Richman said.

This story was provided by InnovationNewsDaily, a sister site of LiveScience.