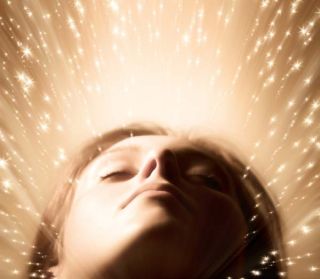 The purpose of sleep remains one of the greatest unsolved mysteries in science. Although we spend roughly one-third of life asleep, researchers still do not know why.

While sleep is often thought to have evolved to play an unknown but vital role inside the body, a new theory now suggests it actually developed as a method to better deal with the outside world.

Sleep is often seen as bad for survival. Sleeping animals might be vulnerable to predators and cannot eat, mate, scout for prey, care for relatives or perform other behaviors key to getting by. As such "it's been thought that sleep must serve some as-yet unidentified physiological or neural function that can't be accomplished when animals are awake," said sleep researcher Jerome Siegel at the University of California at Los Angeles.

However, Siegel noted that a number of species could make do without sleep for long spans of time.

For instance, newborn dolphins and killer whales and their mothers show an almost total lack of what might be called sleep in other animals — that is, extended periods of immobility — for several weeks after birth, when these animals normally migrate. Similar findings are seen in birds during migrations, "where birds can fly for days on end without stopping," he explained.

"So you have to start thinking — if sleep has a vital universal function, how are they able to survive without it?" Siegel said.

In a survey of the sleep times of a broad range of animals, Siegel found that carnivores sleep more than omnivores, which in turn sleep more than herbivores. To him, this suggested the role of sleep was linked to an animal's niche in its ecosystem.

One example Siegel cited was the big brown bat, which sleeps 20 hours a day, perhaps the record for mammals.

"One might suppose this animal sleeps so much because of some unknown function that sleep has for it," Siegel said. "But it seems more easily explained by the fact that it preys on moths and mosquitoes that only come out at dusk and are active for only a few hours before the temperature falls and they can't function. If it spent more time awake, it would spend more energy but not be as successful at hunting, and if it came out in the day it would be exposed to predatory birds that can see much better than it can."

Siegel proposes the main function of sleep is to increase an animal's efficiency and minimize its risk by controlling how a species behaves with regards to its surroundings.

"All species have times when they need to be active and ones where they don't, and so you can see species optimizing their periods of inactivity in response to their environment," Siegel said. "I'm saying that sleep helps animals adapt to the world around them."

There are many other theories as to what the function of sleep is. These include:

However, Siegel contends that sleep cannot be explained by the relative size of the brain, lifespan, body size, "and other such variables that have been intensively examined over the years with conflicting and confusing results."

Siegel emphasized, "My theory doesn't mean that significant things don't happen in sleep — it just means there is no vital universal function for sleep. A whole spectrum of things are accomplished better in sleep than awake in some animals, such as digesting food, but it doesn't mean the function of sleep is digestion."

Siegel contends that sleep has a lot in common with inactive states observed in a wide range of species. This includes plants and simple microbes, which in many cases do not have nervous systems — a challenge to the idea that sleep is for the brain, Siegel said.

"We see sleep as lying on a continuum that ranges from these dormant states like torpor and hibernation, on to periods of continuous activity without any sleep, such as during migration," he said.

Hibernation is one example of an activity that animals use to regulate behavior for survival. A small animal cannot always migrate to a warmer climate in winter, so it hibernates, effectively cutting its energy consumption and thus its need for food, remaining secure from predators by burrowing underground.

However, unlike hibernation and torpor, Siegel said, sleep is rapidly reversible — that is, animals can wake up quickly, a unique mammalian trait that allows for a relatively quick response to outside events.

"The often cited example is that of a parent arousing at a baby's whimper but sleeping through a thunderstorm," he said. "That dramatizes the ability of the sleeping human brain to continuously process sensory signals and trigger complete awakening to significant stimuli within a few hundred milliseconds."

In humans, the brain constitutes, on average, just 2 percent of total body weight but consumes 20 percent of the energy used during quiet waking, so these savings have considerable significance. Besides conserving energy, sleep invokes survival benefits for humans too — for example, "a reduced risk of injury, reduced resource consumption and, from an evolutionary standpoint, reduced risk of detection by predators," Siegel said.

Many sleep researchers are skeptical of the idea.

"I don't agree with his idea that sleep developed to keep animals out of trouble, and I'm not alone," said neuroscientist Amita Sehgal at the University of Pennsylvania in Philadelphia. "I think the rest of us claim that a process that takes up a significant portion of your daily life and that has been associated with deleterious consequences when it is lost in animal models is not something that is just passively there to keep animals out of trouble. Rest alone would do that."

Still, others do support the idea.

"I think this idea of 'adaptive inactivity' is an extremely useful way of thinking about the broader picture of sleep without getting lost in individual theories," said sleep researcher David Dinges at the University of Pennsylvania School of Medicine. Dinges noted that regular cycles of light and darkness "put enormous environmental pressures on animals that all play into forced 'time-outs.'"

To help test his idea, a better understanding of sleep is needed, Siegel said. "New small digital recorders and transmitters should make it possible for the first time to do such studies under truly natural conditions," he explained.