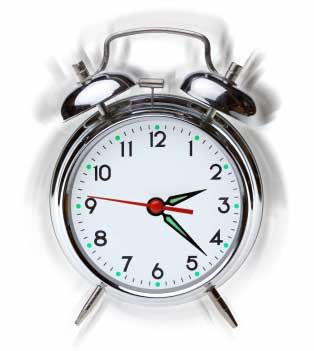 Most of us need about eight or so hours of sleep a night to perform optimally during the day. But scientists have found a mother and daughter who naturally snooze just six nightly hours, waking up bright-eyed and bushy tailed.

Sleep logs revealed the 44-year-old woman and her 69-year-old mother have been "natural short sleepers" for most of their lives. They both go to bed at about 10 p.m. and rise at 4 or 4:30 a.m.

While that might sound a lot like your schedule, there's a catch: Besides catching fewer Z's, the two family members are also very active. For instance, the mother travels internationally often and dances three or four times a week.

"They really have shorter sleep requirements," said study researcher Ying-Hui Fu, a professor of neurology at the University of California at San Francisco, Mission Bay.

It turns out, the pair are genetically programmed for such abbreviated sleep. They both carry a genetic mutation to the gene DEC2 that Fu and her colleagues found is at least partly responsible for the sleep pattern and probably contributes to so-called sleep homeostasis (how much sleep we need).

Scientists think sleep is controlled by at least two processes, one called circadian rhythm that sets the timing of when we go to sleep and when we wake up, turning some into night owls, for instance. The second is a homeostatic process, which regulates the length of shut-eye.

Though Fu isn't sure how many people carry such a genetic mutation, she said it's probably rare as the researchers found no other carriers in a sample of 250.

To figure out how the genetic mutation impacts sleep, Fu and her colleagues genetically engineered mice to have either two copies of the mutant gene or just one copy.

While the results, which will be detailed in the Aug. 14 issue of the journal Science, may not let the habitually late snoozers catch fewer snores, they could ultimately lead to treatment for individuals with sleep disturbances, the researchers note.

Next, Fu and her colleagues hope to find other genes related to sleep homeostasis.

"This is something that gives us a clue that there is a gene that is regulating human sleep homeostasis," Fu told LiveScience. "After we find several [genes], we can get a picture of how this sleep homeostasis mechanism works, how our body regulates how much sleep we need."