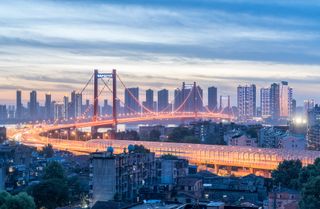 China has released a new COVID-19 death toll for Wuhan, the city where the coronavirus outbreak began, boosting the official number of deaths there by 50%, according to news reports.

Officials said the new numbers are the result of a detailed investigation, and they now include deaths that occurred at home in the beginning of the outbreak, as well as deaths that were inaccurately reported by hospitals, the Times reported. Some of the reasons for the initial errors were an overwhelmed medical system as well as a delay in reporting, officials said.

A revised death and case count is not necessarily unexpected. Countries around the world are likely underreporting the real number of cases and deaths due to limited testing availability and an overwhelmed health care system, the Times reported.

But the revised tally also comes as a number of countries have questioned China's official numbers.

"They are on the defensive, clearly," Jean-Pierre Cabestan, a political science professor at Hong Kong Baptist University, told the Times. "It's an uphill battle now for China to improve its image."

Wuhan, a city of 11 million people, went under strict lockdown on Jan. 23, in an attempt to control the spread of the new coronavirus. The lockdown was recently lifted after the city reported only three new coronavirus cases of over a three-week period, Live Science previously reported.