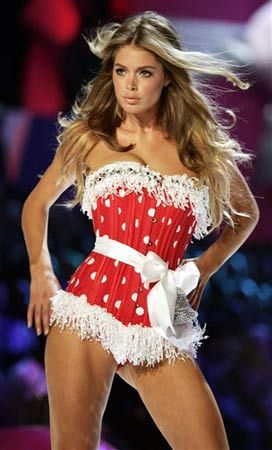 Flashy magazine ads portraying sexy women may not catch the eyes of female readers, according to recent research.

The advertising industry bases its success on consumers being drawn to their products. But when it comes to selling in magazines like Allure and Glamour—publications with a female readership of nearly 100 percent—what do consumers want?

To find out, a team of researchers at the University of Florida in Gainesville gauged the emotional responses of more than 100 college-aged women to photos of attractive women. After looking at each photo, the participants would point to a manikin that represented their emotional reaction. For instance, one set of manikins represented arousal reactions, ranging from disinterested to excited.

The more seductive the model, the more it left the women bored and uninterested, according to lead author Robyn Goodman.

The findings seem to contradict the sensual images that saturate the ads in glossy female magazines. "It seems they missed the mark here," said Jon Morris, one of the co-authors. He added that the results also illuminate a gap between the male executives who are marketing the magazines and the consumers.

In an initial survey, participants were asked to rate photos of models according to six beauty categories, including sex kitten and classic feminine.

For instance, Katie Holmes is an example of wholesome while the Victoria's Secret models are sexy-sensual, Goodman said.

The study was presented at the Association for Education in Journalism and Mass Communication convention last month in San Francisco.

"Based on this research, it is evident that many advertisers may have been misled in using more sexual models to attract women to their products," Goodman explained.

What do women want? "Presumably women desire to be more like the wholesome beauty models, and in turn, will purchase the products they endorse more readily than they would a product endorsed by a more overtly sexual model," Goodman said.

The researchers did discuss whether or not clothing or posture had any effect on the results. "We think it's mostly a look and not necessarily those other characteristics [such as attire and pose]," Morris said. They hope to test this theory by showing images of the same women in different attire and poses.

"Indeed, this study seems to show the fallacy in the age-old adage that "sex sells," Goodman said.