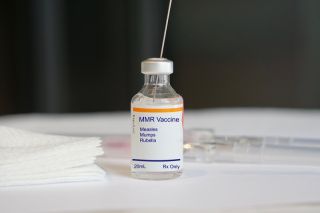 As the number of U.S. measles cases continues to climb this year — topping 1,000 reported cases so far — the country is at risk of losing its measles "elimination status," health officials say.

But what exactly does it mean to have eliminated measles, and when would measles no longer be considered "eliminated" in the U.S.?

Measles was declared eliminated in the U.S. in 2000. Measles elimination doesn't mean that there are no cases of the disease in a country, said Dr. Amesh Adalja, a senior scholar at The Johns Hopkins Center for Health Security in Baltimore. Rather, it means there is no "indigenous" transmission of the disease. In other words, all of the measles outbreaks that have happened since 2000 have had their source in forgein countries, and haven't lasted very long — specifically, they've lasted less than a year, he said. [27 Devastating Infectious Diseases]

But if the chain of measles transmission continues for at least a year, then the disease is no longer considered eliminated. That would mean that if the New York outbreaks continue into the fall, through October, the U.S. would be taken off the list of countries where measles is eliminated, Adalja said.

This outcome is now a real possibility. "There's a very real chance that the United States will lose its measles elimination status" in the fall, Adalja told Live Science.

Dr. William Schaffner, an infectious disease specialist at Vanderbilt University Medical Center in Nashville, Tennessee, agreed. "At the rate the measles outbreak is continuing in the U.S., I think we are in danger of losing our status of having measles eliminated this year," Schaffner said.

Still, Adalja noted that measles transmission tends to slow down in the summer months, and "hopefully that will decrease the velocity of the spread of this."

But as each new update from health officials announces more and more measles cases, "it becomes less and less likely" that the outbreak will be stopped in time, Adalja said.

A measles comeback in the U.S. could also be a blow to international efforts to eliminate the disease. "I think it would dampen the resolve around the world" to pursue measles elimination, Schaffner said.

And just because the U.S. eliminated measles once doesn't mean it would be easy to do again. Adalja noted that at the time measles was eliminated in 2000, the culture was much more accepting of the science of vaccines. With the rise of the anti-vaccine movement, It "may be hard to re-accomplish what was accomplished" in earlier years, he said.

To requalify for eliminated status after losing it, the U.S. would need to show that there was no sustained measles transmission in the country for at least a year.

The disease can cause serious complications: About 1 in 4 people who get measles need to be hospitalized, 1 in 20 get pneumonia, 1 in 1,000 develop brain swelling that may lead to brain damage, and about 1 or 2 people out of 1,000 die from the illness, according to the CDC.

And even without complications, the disease can be a "very unpleasant experience," Schaffner said. "It saddens me" that so many children have suffered from measles this year, he said. "Why should they have to go through this?"

Measles is a highly contagious disease, and high levels of vaccination coverage — more than 90% — are needed in an area to prevent measles spread and bring outbreaks to a close, Schaffner said. The current outbreak is mostly spreading in susceptible communities where there are pockets of unvaccinated individuals.

Stopping the outbreak will require increasing vaccination coverage in those areas. Still, for people who are hesitant about vaccines, simply telling them the facts about vaccine safety isn't usually enough to convince them, Schaffner said. "Facts are cold."

Instead, doctors need to be willing to discuss the concerns of these individuals, and work with community leaders, who in turn help educate members about the necessity, and social acceptability, of vaccines, Schaffner said. "That's not going to happen overnight," he said. "That takes time and effort, and a matter of being sustained...we have to keep working on [it]."