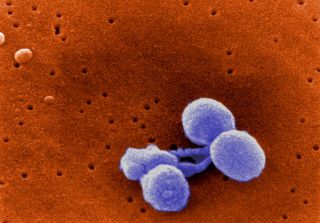 Pneumococcal infections are caused by the bacterium Streptococcus pneumoniae. The most common illness that the bacterium causes is pneumonia, but it can also cause other conditions such as bacteremia (a blood infection).

These infections are "very preventable," thanks to the pneumococcal vaccine, said Dr. Malorie Simons, a resident physician in internal medicine at Brown University Alpert Medical School and the lead author of the meta-analysis. Simons presented her findings here Monday (May 8), at Digestive Disease Week, a scientific meeting focusing on digestive diseases. [5 Dangerous Vaccination Myths]

The Centers for Disease Control and Prevention recommends that babies under 2 and adults over 65 receive the vaccine, and that people ages 2 to 64 receive it if they have certain medical conditions, such as asthma or diabetes, but celiac disease is not included.

In the United Kingdom and Europe, medical guidelines recommend that people with celiac disease get the pneumococcal vaccine, Simons said.

One possible explanation for why people with celiac disease may be at greater risk of pneumococcal infections might be found in the spleen, Simons told Live Science. The spleen plays an important role in the immune system, including helping protect the body against bacterial infections such as S. pneumoniae, Simons said.

Based on the findings of the meta-analysis, the researchers "strongly recommend" that people with celiac disease get vaccinated against pneumococcal infections, Simons said.

In addition, Simons stressed the importance of following a gluten-free diet if you have celiac disease. It appears that patients who do not strictly follow a gluten-free diet are more at risk for pneumococcal infections than those who do, she said.