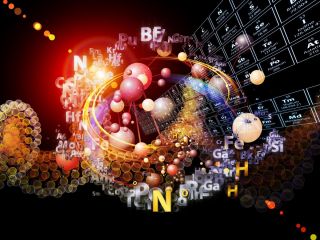 Name a chemical element off the top of your head. Go.
(Image: © Shutterstock)

Time for a science refresher course? One in 5 Americans can't name a single element on the Periodic Table.

Most Americans surveyed (59 percent) couldn't name more than 10 elements of the 118 that grace the Periodic Table. This may have been a result of the way the question was asked: Americans probably do know many elements' names (gold is one; so are other household names like silver, tin, lead, oxygen, helium and calcium), but may not realize that they are, in fact, elements.

The new survey comes courtesy the Philadelphia-based nonprofit the Science History Institute. It was administered via the consulting organization YouGov, which polled 1,263 adults online and weighted the responses to be representative of the demographics of U.S. adults. [6 Important Elements You've Never Heard Of]

Elements are the basic building blocks of matter; substances earn spots on the Periodic Table because they can't be broken down into anything simpler. That chart that graces science classrooms worldwide dates back to 1869, when Russian chemist Dmitri Mendeleev presented his brand-new way of organizing the known elements by atomic mass (the number of protons and neutrons in an atom) and valence (the maximum number of electrons in an atom's outer shell, which are available for bonding with other atoms).

The Periodic Table was most recently updated in 2016, when four new elements made their debut. For those who'd like to ace the next Science History Institute survey, their names are nihonium, moscovium, tennessine and oganesson. These elements are superheavy, with 113, 115, 117 and 1118 protons in their nuclei, respectively. That means they're very unstable. They don't occur naturally, and when they are created in the lab, they rapidly decay into other, more stable elements.

The survey found that 57 percent of Americans believe in the importance of science, and 45 percent think it is important for them to stay up-to-date on scientific developments. But there were gaps in basic scientific knowledge. Seventeen percent of Americans said they feel it is intimidating to stay up-to-date, and 24 percent said they wish science information was more accessible.

The survey also drives home a dearth of understanding of rare-earth elements. Twenty-six percent of those surveyed had not heard this term, and 35 percent had heard it, but had no idea what it meant.

The rare-earth elements are 17 elements with atomic numbers 57 through 71, plus 21 and 39. They're metals with similar properties, and they're important components of a lot of modern tech, from portable electronics to fuel cells to lasers. They get their name because they're rarely found in concentrated deposits, but they are actually quite common globally. Their names? Scandium, yttrium, lanthanum, cerium, praseodymium, neodymium, promethium, samarium, europium, gadolinium, terbium, dysprosium, holmium, erbium, thulium, ytterbium and lutetium (say that five times fast).

The survey found that people are very interested in the technology made possible by these elements. Fifty-four percent said they couldn't live without the internet, and 41 percent said they couldn't live without their smartphones. About 1 in 3 said clean-energy tech and climate-change-battling advances will be the most important technology of the future, while 20 percent voted for health technology and 18 percent for communication technology as making the biggest future impact. All rely on rare-earth elements.