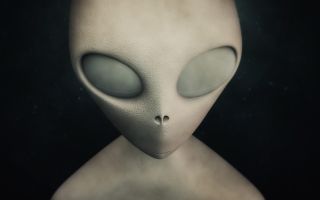 Those who don't learn the lessons of an extinct alien civilization's fall may be doomed to repeat it.

Humanity appears to be going down a dangerous path. We've developed weapons powerful enough to off ourselves many times over, for example, and we've been altering Earth's climate for decades without much regard for the serious consequences.

Similar behavior may have led to the demise of advanced alien races around the galaxy, said Avi Loeb, the chair of Harvard's astronomy department. Indeed, this might help explain, at least in part, why we have yet to make contact with ET despite the profusion of habitable real estate in the Milky Way (a puzzle known as the Fermi paradox).

"One possibility is that these civilizations, based on the way we behave, are short-lived," Loeb said last week during a talk at The Humans to Mars Summit in Washington, D.C. "They think short term, and they produce self-inflicted wounds that eventually kill them."

So, the hunt for ET should be wide-ranging enough to spy artifacts left behind by vanished civilizations, he added — evidence such as burned-up planetary surfaces and products of nuclear war swirling in an alien world's air.

Such a find would perhaps be the greatest scientific discovery of all time, and it might have the added benefit of putting our troubled species on a better path.

"The idea is we may learn something in the process," Loeb said. "We may learn to better behave with each other, not to initiate a nuclear war, or to monitor our planet and make sure that it's habitable for as long as we can make it habitable."

There are other practical justifications for the search for extraterrestrial intelligence (SETI) as well, Loeb said. For example, making contact could lead to huge technological breakthroughs — if the aliens were kind enough to share their knowledge.

"Our technology is only a century old, but if another civilization had a billion years to develop space travel, they may teach us how to do it," Loeb said.

This possibility is another reason to continue pushing for interstellar-flight technology, he added. Loeb is involved in this field; he chairs the advisory board for Breakthrough Starshot, a $100 million project to develop tiny laser-sailing probes that could zoom toward exoplanetary systems at 20% the speed of light.

Breakthrough Starshot aims to have such a system up and running in 30 years or so. If this effort, or something like it, is successful, intelligent aliens may regard us in a new light — as relative peers worthy of attention and respect, Loeb said.

"My hope is that finding dead civilizations will inspire us to behave better and get our act together," he said. "And another hope that I have is that, once we exit from the solar system, we will receive a message back: 'Welcome to the interstellar club.' And we will figure out that there's a lot of traffic out there that we were not aware of."

We may have already gotten a glimpse of this traffic, Loeb said. He co-authored a paper recently suggesting that 'Oumuamua, the first confirmed interstellar object ever spotted in our solar system, might be an alien spacecraft.

The consensus view is that 'Oumuamua is a cometary body. But it's important not to dismiss the spacecraft idea out of hand, Loeb stressed.

"We should keep an open mind and not presume we know the answer in advance," he said. "You don't need to pretend that you know something."