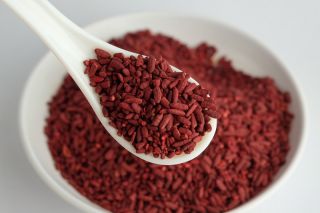 Natural supplements may seem benign, but as highlighted in a new case report, that's not always the case. A woman in Michigan developed sudden liver damage after taking a red yeast rice supplement, doctors reported.

However, many patients and doctors may not be aware that red yeast rice can naturally contain a compound called monacolin K, which is identical to the active ingredient in the statin drug lovastatin, the report said. Red yeast rice supplements with monacolin K come with the same risks as drugs containing lovastatin, which can include liver damage.

Indeed, six weeks after she started taking the supplement, the woman went to the emergency room with signs of liver injury, including fatigue, dark urine and jaundice, which is a yellowing of the skin and eyes. [27 Oddest Medical Case Reports]

After a battery of tests, including a liver biopsy, the woman was diagnosed with "acute drug-induced liver injury," or liver damage due to a drug or supplement. In this case, red yeast rice supplements were the most likely cause of the woman's illness, given the sudden onset of her symptoms and her recent use of the supplement, according to the report, published today (March 25) in the journal BMJ Case Reports.

The woman's case prompted the doctors who treated her to issue a warning about the potential harm of red yeast rice supplements.

"Physicians and patients should be made aware that red yeast rice is not a harmless supplement, and those choosing to use it should watch for symptoms of hepatotoxicity [liver damage]," the authors, from Henry Ford Health System in Detroit, wrote in their report.

The woman also reported drinking two glasses of red wine a day, which may have contributed to her disease, the report said. Drinking alcohol while taking red yeast rice supplements may increase the risk of liver damage, according to Mayo Clinic.

But the woman's case isn't the first instance of this supplement causing liver problems; indeed, there have been multiple reports that have linked the use of red yeast rice supplements to such problems. For example, a recent study in Italy found 10 cases of liver damage tied to the supplement over a 13-year period.

The National Center for Complementary and Integrative Health (NCCIH) warns that red yeast rice supplements may not be safe and may have the same side effects as lovastatin.

Technically, the U.S. Food and Drug Administration (FDA) doesn't allow products to be sold as dietary supplements if they contain more than trace amounts of monacolin K, according to NCCIH. But despite FDA actions, some red yeast rice supplements may still contain the compound. A 2017 study found that levels of monacolin K in red yeast rice supplements sold in the U.S. ranged from undetectable to nearly 11 milligrams per daily recommended dose, which is on a par with dosages of lovastatin.

"Consumers have no way of knowing how much monacolin K is present in most red yeast rice products, and therefore have no way of knowing whether a particular product is safe, effective, or legal," the NCCIH says on its website. People should not use red yeast rice to replace standard medical care or to postpone going to the doctor; and they should tell their doctor about any supplements they are taking, the NCCIH says.

The woman was treated with steroids, which helped improve her liver function, and she was monitored weekly after she left the hospital. The report notes it can take months to fully recover from liver damage tied to red yeast rice supplements.