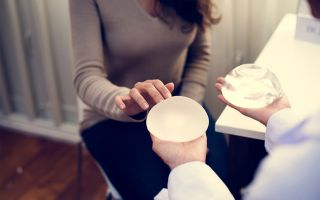 More cases of a rare cancer linked to breast implants have been reported in the U.S., according to the Food and Drug Administration (FDA).

This week, the FDA announced that it had received a total of 660 reports of this cancer — called breast implant-associated anaplastic large cell lymphoma (ALCL) — over an eight-year period ending in September 2018. That's 246 additional reports since the previous totals were released last year, the FDA said in a statement released yesterday (Feb. 6).

The FDA said that such increases are to be expected given that the agency has worked to encourage patients and health care providers to report cases of breast implant-associated ALCL. However, the agency noted that some cases were reported more than once (for example, by both the patient and the health care provider). In all, there were 457 unique cases of this cancer, including nine deaths.

ALCL is not breast cancer; rather, it is a type of lymphoma, which is a cancer of immune system cells. When it occurs in women with breast implants, the cancer typically appears in the scar tissue around the implant. Although most cases have occurred among women with textured breast implants, some cases were among women with smooth implants, the FDA said. But a number of reports did not include the type of texture of the implant, which makes it more difficult to know if certain types of implants are tied to a higher risk of this cancer.