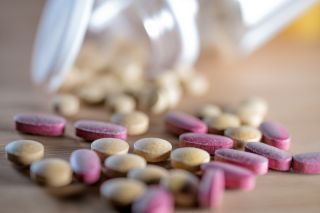 When kids catch a stomach bug, they are increasingly treated with probiotics in the hopes of improving the symptoms of diarrhea and vomiting. But rigorous new research finds that young children with intestinal infections don't appear to benefit from several commonly used probiotics.

Two large studies — one conducted in the United States and the other in Canada — found that preschool-age children with gastroenteritis had similar symptoms and recovery time, regardless of whether they were given probiotics or not.

"Because of the popularity of probiotics, it was important to make sure their use is worth the cost," Dr. David Schnadower, a pediatric emergency medicine physician who led the U.S. study at Washington University School of Medicine in St. Louis, said in a statement. "In this instance, probiotics added no measurable benefit, and, therefore, they are not worth the added cost." [Don't Be Fooled: 5 Probiotics Myths]

Both studies were published Nov. 21 in The New England Journal of Medicine.

Gastroenteritis — or intestinal inflammation caused by infections with viruses, bacteria or parasites — is a common ailment in young children, accounting for about 1.7 million pediatric emergency room visits in the U.S. each year.

Some studies have suggested that probiotics, or "good bacteria," can help kids with gastroenteritis, but many of these studies were small and not rigorously designed, the researchers said.

In the new U.S. study, nearly 1,000 children with gastroenteritis were randomly assigned to receive either the probiotic Lactobacillus rhamnosus GG (LGG) or a placebo, for five days. The children were ages 3 months to 4 years old, and visited the emergency room for symptoms of gastroenteritis, which can include watery stools, vomiting and diarrhea. The study took place in hospitals in 10 U.S. cities.

The study was a "double blind," which means that neither the patients (or the children's parents in this case) nor the researchers knew whether the children had received the probiotic or the placebo.

During the two-week study, children in the probiotic group fared about the same as children in the placebo group. For example, in both groups, symptoms of diarrhea cleared up after two days, and the children missed about two days of daycare.

"We tested many different scenarios — infants compared with toddlers, whether the patient had taken antibiotics, whether the gastroenteritis was caused by virus or bacteria, and how long the diarrhea had been going on before the treatment was given," said Schnadower, who is now the senior academic director of the Division of Emergency Medicine at Cincinnati Children's Hospital Medical Center. "Every time, we reached the same conclusion…[the probiotic] did not help."

The Canadian study, which was similar in design to the U.S. one and which involved nearly 900 preschool-age children, also found no benefit for another common probiotic that contains two strains of bacteria, Lactobacillus rhamnosus R0011 and L. helveticus R0052.

The researchers noted that they relied on the parents' reports of children's symptoms, and although parents were given diaries to record symptoms, the researchers cannot rule out the possibility that some of these reports were not entirely accurate.

The results also cannot necessarily be generalized to all probiotics on the market. But the findings add to recent research questioning the benefits of probiotics. For example, a recent study found that some people's guts appear resistant to probiotics, meaning the bacteria fail to successfully live in, or "colonize," their guts. But there may still be specific conditions and population groups that benefit from certain probiotics, the Canadian team said.