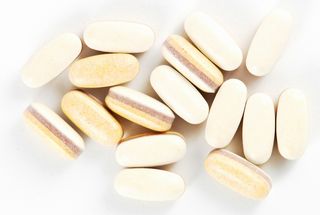 Plenty of people take probiotics in food or supplements in the hope of boosting their digestive health. But a new, small study suggests that some people may not benefit as much as others from these so-called good bacteria.

The study found that, when people consumed standard probiotic bacterial strains, some people's guts appeared resistant to the bacteria, meaning the bacteria failed to successfully live in or colonize their guts. But for others, the bacteria readily grew and flourished in the gut.

The study suggests that not everyone may benefit equally from standard probiotic treatments, the researchers said. [Don't Be Fooled: 5 Probiotics Myths]

"This suggests that probiotics should not be universally given as a 'one-size-fits-all' supplement," study co-senior author Eran Elinav, an immunologist at the Weizmann Institute of Science in Israel, said in a statement. However, it may be possible to tailor probiotic treatments to the individual, based on the types of microbes already in his or her gut, as well as other factors, so that he or she gets the most benefit from probiotics, the researchers said.

In addition, a second study by the same group of researchers suggests that probiotics could have a potentially harmful effect if taken after antibiotics. Because both studies were small, however, more research is needed to confirm the findings.

The study was published today (Sept. 6) in the journal Cell.

A number of probiotic products are on the market, including yogurts containing probiotics, as well as supplements and skin creams, and an estimated 3.9 million Americans use such products. Some studies suggest that probiotics may help with diarrhea or symptoms of irritable bowel syndrome (IBS), but strong evidence to support their use for most health conditions is lacking, according to the National Center for Complementary and Integrative Health.

In addition, most studies that have looked at the effects of probiotics have used participants' stool samples as a proxy for what's going on in their guts. But it's unclear whether stool samples really reflect the bacteria living in the gut, or whether some bacteria are shed in stool more easily, perhaps without properly settling in the gut.

In the new study, the researchers analyzed information from 15 healthy volunteers who took either a probiotic product containing 11 strains of bacteria, or a placebo, for four weeks. The participants also underwent colonoscopies and upper endoscopies before they took the probiotics or the placebo, and again after the four-week treatment period. (An upper endoscopy looks at the upper part of the digestive tract.) During these procedures, the researchers took samples from inside participants' guts.

"Although all of our probiotic-consuming volunteers showed probiotics in their stool, only some of them showed them in their gut, which is where they need to be," co-senior author Eran Segal, a computational biologist at the Weizmann Institute, said in the statement. "If some people resist and only some people permit them, the benefits of the standard probiotics we all take can't be as universal as we once thought."

After further analyzing the data, the researchers found that they could predict whether the probiotics would take hold in people's guts by examining their microbiome and gene expression in the gut taken at the start of the study. However, this prediction method needs to be confirmed in future studies. The researchers called for further research to better understand why some people resist colonization by probiotics, as that future research may enable researchers to counteract the resistance.

In a separate study involving 21 healthy volunteers, also published today in Cell, the same group of researchers found that taking probiotics after treatment with broad spectrum antibiotics may actually delay the return of people's normal gut microbiome. This goes against the idea that probiotics can help "repopulate" people's gut bacteria after antibiotics wipe them out.

"Contrary to the current dogma that probiotics are harmless and benefit everyone, these results reveal a new potential adverse side effect of probiotic use with antibiotics," Elinav said.

Dr. Arun Swaminath, director of Inflammatory Bowel Disease Program at Lenox Hill Hospital, who was not involved in the study, said these findings "raise concerns about whether probiotics actually delay…the return of [a] healthy bacteria ecosystem after" a person takes certain antibiotics.

However, whether the findings hold up in patients with specific medical conditions, and with exposure to different antibiotics, "remains to be seen," Swaminath told Live Science. "But it clearly shows that probiotics may have an undeserved status, in the way they are currently thought of in popular culture as natural and unarguably healthy."

The researchers also noted that they did not look at clinical outcomes, such as whether probiotics helped to alleviate people's gastrointestinal symptoms.