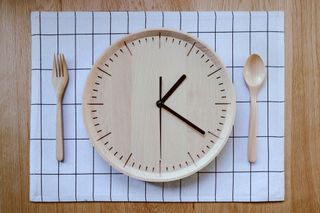 Your body's internal clock plays a role not only when you're most alert and sleepy, but also when you burn the most calories, a new study finds.

The study found that, at rest, people burn about 10 percent more calories in the late afternoon and early evening, compared with the early morning.

The new findings might help explain why night-shift workers and other people who don't keep regular schedules are at greater risk for obesity. Such schedules typically don't align with people's internal clocks that tell their bodies when to sleep and eat. [11 Surprising Things That Can Make Us Gain Weight]

"It's possible that eating when your energy expenditure requirements are lower could make you tend to gain weight," senior author Jeanne Duffy, also in the Division of Sleep and Circadian Disorders at Brigham and Women's Hospital, told Live Science. Although the new study did not specifically test this idea, in general, people gain weight when they consume more calories than they burn, she said.

The study was published today (Nov. 8) in the journal Current Biology.

For the new study, the researchers wanted to examine how the body's internal clock affected metabolism, separate from people's activity levels, or their sleep and eating habits.

To do this, they recruited seven people to (voluntarily!) spend more than a month in a laboratory without knowing what time of day it was outside. The lab rooms had no clocks or windows, and participants didn't have access to phones or the internet. In addition, the people were assigned specific schedules of when they could sleep, wake up and eat.

Critically, each night they went to bed 4 hours later than the night before, and they kept this up for three weeks. These time shifts are what a person would experience if they traveled around the globe in a week.

"Because they were doing the equivalent of circling the globe every week, their body's internal clock could not keep up," Duffy said. This meant that the body's clock "oscillated at its own pace," or kept its own internal time without relying on external cues, Duffy said. "This allowed us to measure metabolic rate at all different 'biological' times of day," she said. ("Biological" time refers to the time according to a person's internal clock, regardless of the actual time of day or whether a person was sleeping or awake.)

For now, people trying to lose weight should try to keep regular sleep and eating schedules, which are important for overall health, the researchers said.

The researchers also plan to look at how people's appetite and response to food varies with the time of day; as well as how the timing of sleep influences those responses.