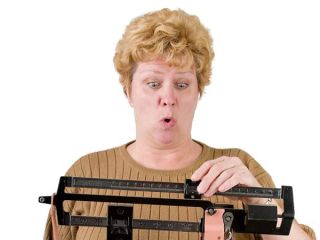 Switching from the day shift to working evenings or nights may affect your waistline, according to a new study from Australia, part of a growing body of research indicating working at night can lead to weight gain.

The findings held even after the researchers took into account factors that could influence a person's weight, including diet quality, physical activity, smoking and alcohol consumption.

Isabella Zhao, of the University of Queensland School of Nursing and Midwifery in Brisbane, and colleagues surveyed more than 2,000 nurses and midwives in Australia and contacted them again two years later.

Participants who switched from working evenings and nights to working during the day saw their BMIs decrease by 3 units on average.

Night shift workers may gain weight because their biological clocks are disrupted, Zhao said. Studies have shown that people who work at night produce less leptin, a hormone that signals the body to stop eating, and more cortisol, which has been linked to obesity, Zhao said. However, more research on this topic is needed, Zhao said.

The study is published in the May issue of the Journal of Occupational and Environmental Medicine.

Pass it on: Switching shifts from day to night may cause weight gain, while switching from night to day may lead to weight loss.