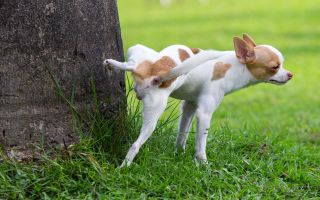 Dogs are smart. But they ain't special.

Scientists recently examined hundreds of studies on dog intelligence and compared them to research into the minds of other smart animals. The researchers found that dogs are among the smarter carnivores, social hunters and domestic animals — but that they don't stand out from other smart animals in any of those categories. The scientists reported their results in a paper published online Sept. 24 in the journal Learning & Behavior. Though a significant body of research has examined dog cognition previously — much more so than for the brains of similar creatures — they found little to justify the sheer volume of work that's been devoted to the topic, they said.

"During our work, it seemed to us that many studies in dog cognition research set out to 'prove' how clever dogs are," Stephen Lea, an emeritus professor of psychology at the University of Exeter in the United Kingdom and lead author of the study, said in a statement. [10 Things You Didn't Know About Dogs]

Lea and his colleague Britta Osthaus, of Canterbury Christ Church University in the United Kingdom, examined more than 300 studies of dog cognition. The researchers compared the studies' results with those from research into other carnivores, other social hunters and other domestic animals, "with a particular emphasis on wolves, cats, spotted hyenas, chimpanzees, dolphins, horses and pigeons," the study said.

The researchers made specific comparisons between the different species in different categories of smarts: sensory cognition, physical cognition, spatial cognition, social cognition and self-awareness. The dogs did turn up smart, but not blazingly so.

In many areas, though, the comparisons were difficult to make due to a simple lack of data. For example, the researchers noted that both dogs and cats are known to be able to recognize and distinguish human voices. But the investigators couldn't find any data to indicate which species can remember a greater number of distinct human voices, so it was impossible to compare the two on that front.

Zachary Silver, a graduate student and researcher at Yale's Canine Cognition Center who was not involved in the study, told Live Science that the research provided "an excellent framework for future [comparative] research." But he added that he thinks the authors overstated the idea that an excessive amount of study has been devoted to dogs.

"I don't think that dogs are overstudied. The field of canine cognition is still very young, and there is still a great deal to be learned about how dogs think and view the world," he said. "As a proponent of the comparative approach, I would argue that as a field we would be well-suited to increase our emphasis on species-to-species comparisons."

There's a straightforward reason for scientists to be interested in dog brains, Silver said, and it's not that researchers think canines are animal geniuses.

"In my view, the existing literature does not necessarily imply that dogs are unusually intelligent per se. Rather, much of the recent research on canine cognition simply argues that dogs' manner of thinking and reasoning about certain components of the world is distinct," he said.

In other words, dogs aren't super-thinkers, but they are special thinkers.

A lot of that canine specialness has to do with the history of dogs as a species, Silver said. They evolved alongside humans, and that experience likely shaped their ways of thinking about the world. By comparing dogs to humans and other species, he said, "we can better understand what makes us unique and what is shared across genetic or social lines."