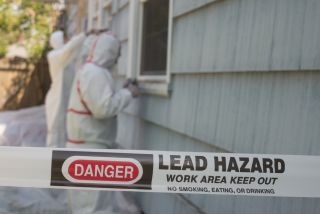 Heavy metals like arsenic and lead are known to be toxic in high doses, and some of these metals increase the risk of cancer. But now, a new meta-analysis draws attention to an underappreciated risk of heavy metal exposure: heart disease.

The meta-analysis found that exposure to arsenic, lead, copper or cadmium — even at low levels — was tied to an increased risk of heart disease.

These findings highlight the need to tackle the problem of heavy metal exposure, which can occur through the environment or in certain jobs. The problem disproportionately affects people in low- and middle-income countries but can also affect those in high-income countries, the researchers said.

"It's clear from our analysis that there's a possible link between exposure to heavy metals or metalloids and risk of conditions such as heart disease, even at low doses — and the greater the exposure, the greater the risk," lead study author Dr. Rajiv Chowdhury, an associate professor in global health at the University of Cambridge in the United Kingdom, said in a statement. "While people shouldn't be overly worried about any immediate health risk, it should send a message to policy makers that we need to take action to reduce people's exposure" to heavy metals, Chowdhury said. [9 Disgusting Things That the FDA Allows in Your Food]

The meta-analysis was published Aug. 29 in the journal The BMJ.

Heavy metals naturally occur in the environment and can make their way into drinking water and the food chain. Both arsenic and cadmium are known carcinogens, meaning long-term exposure to these metals increases a person's risk of cancer. Exposure to lead can affect multiple body systems, including the nervous system and kidneys, according to the World Health Organization.

However, the effect of heavy metals on cardiovascular disease risk has received less attention.

In the new meta-analysis, the researchers analyzed information from 37 previous studies of heavy metal exposure involving nearly 350,000 people in more than a dozen countries. These studies assessed exposure to heavy metals through various means, including examining levels in drinking water; urine and blood samples; and toenail or hair clippings.

Overall, people with higher exposure levels to arsenic, lead, cadmium and copper were about 30 to 80 percent more likely to develop cardiovascular disease, compared with those with lower exposures.

Arsenic, lead, cadmium and copper were all tied to an increased risk of coronary heart disease, while lead and cadmium exposure also increased the risk of stroke.

"This is an important call for attention to an emerging group of risk factors" for heart disease, Dr. Ana Navas-Acien, a professor of environmental health sciences at the Columbia University Mailman School of Public Health in New York, and colleagues wrote in an editorial accompanying the study.

Navas-Acien and colleagues noted that electronic cigarettes are also an emerging source of heavy-metal exposure, mainly due to metallic "heating coils" found in the products.

"Since metals are associated with cardiovascular disease even at relatively low levels of exposure, population-wide strategies to minimize exposure can further contribute to overall cardiovascular prevention efforts," the editorial concluded.