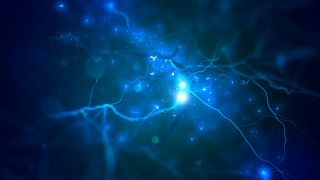 To lose weight, freeze your nerves? That's the idea behind a new approach that may hold promise for weight loss. By freezing a nerve that carries hunger signals from the gut to the brain, you can essentially trick the body to stop feeling hungry.

In a small-scale pilot trial, presented yesterday (March 21) at the Annual Scientific Meeting of the Society of Interventional Radiology in Los Angeles, researchers reported that the unusual procedure led to decreased appetite and weight loss in all 10 participants.

Still, both the study authors and outside experts agree that more research is needed. [The Science of Weight Loss]

"It's an interesting concept," said Dr. Lawrence Cheskin, director of the Johns Hopkins Weight Management Center in Baltimore, who was not involved in the study.

However, "this is a pilot study with no control group" to use as a comparison, Cheskin told Live Science. "We would need to do further studies comparing the treatment to other approaches to weight control to be more certain of a direct effect of the procedure performed," he said, adding that it's "worth further testing for sure."

The procedure targets a part of the vagus nerve called the posterior vagal trunk, which is located at the base of the esophagus and sends signals to the brain that the stomach is empty. To freeze the nerve, doctors insert a needle-like instrument into the patient's back and use a type of medical imaging called a computed tomography (CT) scan to ensure the instrument reaches the exact point they want to freeze. Then, surgeons release argon gas from the instrument. The gas cools the nerve to subzero temperatures, paralyzing it and ultimately preventing it from sending signals to the brain.

According to lead study author Dr. David Prologo, an interventional radiologist at Emory University School of Medicine in Atlanta, the patients lost, on average, 14 percent of their excess body weight (body weight above normal BMI), equivalent to about 3.6 percent of their overall body weight, within 90 days of the procedure.

"That’s exactly where you want to be at 90 days," Prologo told Live Science. "If you lose weight too quickly, you rebound. But this amount of weight loss is exactly in line with the recommendations of how fast a person should lose weight."

Signaling hunger to the brain isn't the only function of the posterior trunk of the vagus nerve; the nerve also helps move food through the stomach. Once it is disabled, the transit of the food slows down, which keeps the patient feeling full longer, thus further decreasing the need to eat. [The Science of Hunger: How To Control It and Fight Cravings]

"The vagus nerve controls the gut's nervous system as well as other functions," Cheskin said. This could lead to "a host of side effects, including nausea and vomiting, but the study reported no significant side effects."

Prologo said that the procedure itself could cause bleeding. However, none of the patients involved in the study experienced any complications.

Still, Cheskin expressed doubt that the procedure "would work long-term, as the body has numerous other mechanisms to ensure we don't lose weight too easily." For example, a body may respond to weight loss by slowing down the metabolism.

Indeed, the effects of the nerve-freezing wear off within eight months to a year, Prologo said. During that time, the body's other mechanisms, mentioned by Cheskin, ensure that the patient doesn't completely starve himself or herself to death.

"The procedure doesn’t completely erase the need to eat," Prologo said. "The nerve has an anterior trunk and a posterior trunk, we are only freezing one of them." Instead, the procedure is meant to decrease appetite.

This eight- to 12-month period of decreased hunger is, according to Prologo, enough time for a person not only to lose weight but also for the body to adjust to being at a lower weight.

"You are trying to lose weight, but the body rebels," he said. "It doesn't understand what you are doing … It fights back."

But by freezing the hunger nerve, Prologo said, the researchers believe that they can essentially trick the body, so that it cooperates with the participant.

Prologo said he and his team are already working with new patients and hope to publish more data soon.

Some critics of Prologo's study say that the procedure has led to a placebo effect. "We don't believe that, but in order to prove it, we would have to have a control group in a future," he said.