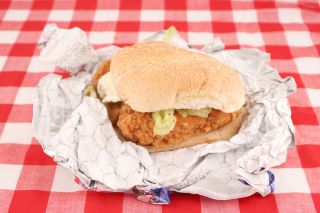 Successful weight loss could be hampered by chemical compounds lurking in everyday products in your house, a new study finds.

The study, published Feb. 13 in the journal PLOS Medicine, focused on a group of chemicals called perfluoroalkyl substances, or PFASs, that are sometimes referred to as "obesogens" because of their effects on weight.

PFASs have been used for more than 60 years in various industries — including in non-stick pans and food packaging — and have since contaminated water resources and made their way into the food chain, according to the study. For example, many shellfish contain the chemicals, said Qi Sun, assistant professor in the Department of Nutrition at the Harvard T.H. Chan School of Public Health and senior author of the study. But they can also leach into food from wrappers and can even enter a person's body through contact with treated carpets and textiles. [12 Worst Hormone-Disrupting Chemicals & Their Health Effects]

Previous studies have shown that PFASs have been linked to obesity, among other health problems, the study said.

In the study, the researchers looked at data gathered in the mid-2000s as part of the Preventing Overweight Using Novel Dietary Strategies (POUNDS Lost) clinical trial. The trial involved 621 overweight individuals ages 30 to 70. The trial's main focus was to look at the effects of four types of low-calorie diets on weight, but the researchers also measured the concentrations of PFAS chemicals in each participant's blood at the start of the study. Using this data set, the scientists looked at the participants' weight loss, whether they maintained the weight loss after the trial and their PFAS levels.

Interestingly, the PFAS concentrations didn't affect the people's ability to lose weight, the study found. Once the trial ended, however, those with higher levels of PFASs in their system appeared to have a harder time keeping the pounds off, and the effect was worse in women. (The study, however, did not prove-and-effect; rather, it found an association between PFASs and weight gain.)

It's unclear exactly how the chemicals affect a person's metabolism, Sun noted. It's been shown in animal studies that PFASs can interfere with certain pathways in the body and even turn off and on certain genes, which, in turn, can influence metabolism, he said, but much more research is needed to fully understand the chemicals' effects.

In addition to weight gain, PFASs have been linked to a number of other conditions, including cancer, hormone disruption, high cholesterol and immune system dysfunction, according to the study.

The study suggests that maintaining weight loss requires more than just watching your food intake and exercising. [The Best Way to Keep Weight Off]

"Most folks think of obesity as being a result only of eating too much of the wrong foods and not getting enough exercise," David Carpenter, director of the Institute for Health & the Environment at the University at Albany, State University of New York, told Live Science. "However, it is now clear from a number of outstanding studies, including this one, that exposure to certain chemicals, which are present in food and water, can serve as those triggers for development of obesity." Carpenter was not involved with the new study.

Though more research is needed on the chemicals, Sun noted that "people should be cautious regarding the use of those products that contain PFASs."

The Environmental Protection Agency has more information on where you can find PFASs.