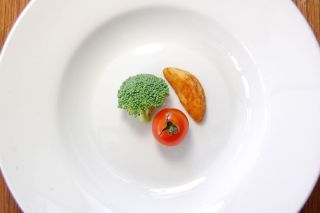 We often hear that certain foods or vitamins can lower inflammation in the body, but a new study suggests that there's a simple thing we can do to cut inflammation: Eat less.

The study found that people who cut their daily intake of calories by 10 to 20 percent had reduced levels of markers of chronic inflammation for two years. The weights of the study participants were either normal or they were slightly overweight at the start of the study, the researchers said.

What's more, although previous studies had suggested that following a regimen of calorie restriction might be harmful to the immune system, the new study found that the restrictive diet that the study participants followed did not compromise their immune systems or their ability to fight off infections.

This reduction in markers of inflammation suggests a shift toward better health, "given the established role of inflammation in the development of cardiovascular disease, cancer and aging," study researcher Dr. Luigi Fontana, a professor of medicine and nutrition at Washington University in St. Louis and Brescia University in Italy, said in a statement.

The study did not examine people's risk of actually developing these chronic diseases. But the finding does suggest that calorie restriction might lower the risk of certain diseases, given that inflammation is tied to a number of conditions, including heart disease and diabetes, and is even thought to play a role in aging itself, the researchers said.

"With all of today's fitness and biometric measurement technology [such as fitness trackers] available to the public, it is certainly feasible for the average person to maintain a 10 to 15 percent calorie restriction as a strategy for long-term health benefits," Fontana said. [5 Diets That Fight Diseases]

Previous studies in animals have suggested that calorie restriction may reduce inflammation and even increase a person's lifespan, but there have been concerns that restrictive diets may increase people's susceptibility to infections and affect how the body responds to vaccines.

In the new study, 220 healthy people were randomly assigned to either maintain their normal diet or to cut their daily calories by 25 percent. The people in the restricted diet group were not able to actually achieve this level of calorie restriction, but they did reduce their calorie consumption by 480 calories a day, on average, for the first six months of the study, and by 234 calories a day, on average, for the remaining 18 months of the study. They were also given multivitamin and mineral supplements to prevent malnutrition.

After the two-year study, the people in the restrictive-diet group had lower levels of inflammatory markers, including C-reactive protein and TNF alpha, than the people in the control group. Those who restricted their calories also did not show any difference in their response to vaccines or in their susceptibility to infections, the study found.

A previous study of the same group of participants, published in September 2015, found that calorie restriction over two years lowered the participants' blood pressure and cholesterol levels, which are both risk factors for heart disease. The researchers noted in that study that calorie restriction did not appear to change people's resting metabolic rate (the calories they burn while at rest).

Experts caution that it's still too early to recommend that people start cutting calories to this extent for health reasons. "We need to learn much more about the health consequences of this type of intervention in healthy people before considering dietary recommendations," Dr. Richard Hodes, director of the National Institute on Aging, said in a statement last year about the 2015 study. "In the meantime, we do know that exercise and maintaining a healthy weight and diet can contribute to healthy aging."

The 2015 study also found that some people in the restrictive diet group developed short-term anemia, which emphasizes that people who attempt calorie restriction should be monitored by a doctor, the researchers said.

Katherine Tallmadge, a registered dietitian and an op-ed contributor to Live Science, who was not involved with the study, said that calorie restriction can be a choice for some people.

"I think if people have a desire to do it, it's an option," Tallmadge said. "We have enough studies to show the advantages," she said. However, Tallmadge noted that people need to be aware of the downsides of calorie restriction, which can include general irritability, and infertility in women, who can stop menstruating as a result of a restrictive-calorie diet.

"Not everyone can do it, it's for a very specific personality type," said Tallmadge, who noted that people are more likely to be able to practice calorie restriction for a short period than over the long term.

Tallmadge also said she would worry that people could become malnourished if they did not fast correctly. If people choose to practice calorie restriction, they should be supervised by a doctor and dietician, she said.