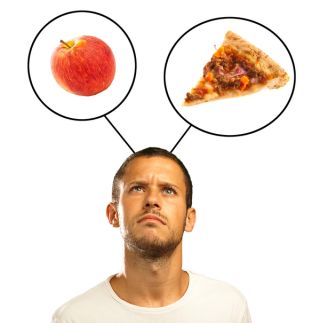 VANCOUVER — People with asthma may one day receive an unconventional prescription for their condition: eat less.

Known as caloric restriction, eating fewer calories than you need has been touted for many years as a way to increase lifespan. While this effect has been demonstrated in lab animals, whether caloric restriction makes people live longer is not clear.

Nevertheless, scientists are exploring caloric restriction as a way to treat a host of conditions — including asthma, cardiovascular disease, stroke, diabetes and spinal cord injury — and so far, findings suggest a benefit. In addition, caloric restriction may have a role in preventing Alzheimer's disease and cancer, said Mark Mattson, a neuroscientist at the National Institute on Aging in Baltimore.

Mattson, who himself practices caloric restriction, said he would currently recommend the practice only to people who are overweight or obese. More research is needed to determine whether benefits are seen in lean people.

Mattson discussed his work here at the American Association of the Advancement of Science annual meeting.

In a study published last year in the International Journal of Obesity, Mattson and colleagues found caloric restriction reduced cancer risk factors among overweight women who had a family history of breast cancer. Women who ate 25 percent fewer calories than needed to sustain their weight for six months had reduced levels of hormones and inflammation associated with breast cancer risk.

In a 2007 study, Mattson and colleagues placed 10 overweight participants with asthma on a calorie-restricted diet of 500 to 600 calories every other day. On the days they weren't dieting, particpants ate as they pleased. After eight weeks, participants said they were able breathe more easily, and had better control of their asthma symptoms compared with the beginning of the study, Mattson said.

Research on animals also suggests caloric restriction reduces neurological damage after a stroke, but only on young or middle-aged animals. Older animals do not appear to benefit, indicating that caloric restriction may offer stroke benefits only at certain points in life, Mattson said.

A 2008 study showed that rats that fasted every other day recovered better from a spinal cord injury.

Caloric restriction has been showed to increase levels of a protein in the brain called BDNF. This protein is thought to be involved in the generation of new brain cells, Mattson said.

Not all diseases show a benefit from caloric restriction. Studies suggest that for those with Amyotrophic lateral sclerosis, also known as Lou Gehrig's disease, it may make the condition worse, Mattson said.

Pass it on: Caloric restriction may be used as a therapy for a host of diseases, including asthma and stroke, research suggests. It may also reduce the risk of Alzheimer's disease.