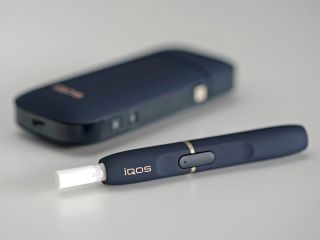 A new tobacco device by Philip Morris, known as IQOS, shouldn't go to market with the claim that it reduces disease risk compared with traditional cigarettes, a panel for the U.S. Food and Drug Administration (FDA) concluded today (Jan. 25), according to news reports.

But how exactly do these products work, and why did the FDA make this call?

The IQOS is a type of "heat-not-burn" tobacco product. These products could be thought of as "in the middle between [traditional] cigarettes and vaping products," said William Shadel, associate director of the Population Health Program at Rand Corp., a nonprofit research organization.

The devices use disposable tobacco "sticks" that are heated to give off an aerosol, but do not burn. Specifically, these tobacco sticks contain processed tobacco along with a few other components, including water, glycerin and cellulose fibers, according to Philip Morris. The sticks are placed into a holder, which heats the tobacco through an electronically controlled "heating blade," the company said.

The tobacco is heated up to a temperature of 662 degrees Fahrenheit (350 degrees Celsius), which is enough to create an aerosol, but not enough to burn it. (Tobacco in traditional cigarettes burns at a temperature of about 1,110 degrees Fahrenheit [600 degrees C], according to Philip Morris.) The product also comes with a charger to recharge the electronic holder. [10 Tips to Help You Quit Smoking]

Heat-not-burn products are different from electronic cigarettes (e-cigarettes), because the latter heat up and vaporize a liquid, which usually contains nicotine, Shadel said, while the former heats actual tobacco.

Philip Morris claims that, because IQOS doesn't burn the tobacco, the product releases much lower levels of the harmful chemicals typically found in tobacco smoke. The company wants to sell the product with the claim that using the products reduces the risk of tobacco-related disease, compared with using traditional cigarettes.

But the FDA panel voted to reject this claim, saying that the company hadn't provided enough evidence to show that its product lowers disease risk compared with cigarettes, according to Reuters. The panel did, however, endorse the claim that the product releases lower levels of toxic chemicals compared with traditional cigarettes.

Shadel said that this conclusion "seems about right based on the evidence available so far."

In theory, heat-and-burn products could be safer because they don't lead to the combustion of tobacco, Shadel said. But "there’s just not enough evidence that users will incur less risk" from using the products, Shadel told Live Science.

Shadel noted that most of the studies on IQOS have been conducted by Philip Morris, and much more research is needed by independent researchers who are not associated with the company to determine the safety of the product.

In addition, it's "unclear whether or not enough smokers would actually switch to these products" to have a public health benefit, Shadel said.

The panel's conclusion is just a recommendation, and in the coming months the FDA will make a final decision on whether Philip Morris can sell IQOS in the United States, and what claims the company will be able to make about the device, according to Reuters. The product is already available in 29 countries, according to Philip Morris.