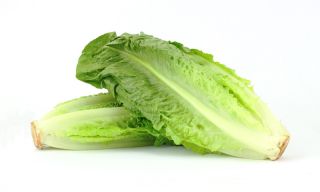 An E. coli outbreak has sickened more than a dozen Americans, and it's possible that romaine lettuce could be the source. But does this mean you should skip the romaine on your sandwich or in your salad?

Consumer Reports is recommending that Americans avoid all romaine lettuce for now, but other food safety experts say it may be too soon to blame romaine for the outbreak.

"[To] say 'avoid romaine for now,' I don't know if I have enough information to agree with that statement," said Benjamin Chapman, an associate professor and food safety specialist at North Carolina State University.

On Dec. 28, 2017, the Centers for Disease Control and Prevention (CDC) announced that it was investigating an outbreak involving a type of bacteria called E. coli O157:H7. So far, 17 illnesses in 13 states have been reported, with patients' symptoms starting between Nov. 15 and Dec. 8, the CDC said.

Preliminary data suggest that the U.S. E. coli outbreak could be related to an E. coli outbreak in Canada — the E. coli strains involved in both outbreaks appear to be genetically similar, according to the CDC. Officials in Canada have identified romaine lettuce as the source of the outbreak in that country, but U.S. officials say they still don't have enough information to name a food source involved in the American outbreak. [Top 7 Germs in Food that Make You Sick]

Still, experts at Consumer Reports say the evidence is strong enough to warn Americans about the risk.

"Even though we can't say with 100 percent certainty that romaine lettuce is the cause of the E. coli outbreak in the U.S., a greater degree of caution is appropriate [in this case] given that lettuce is almost always consumed raw," James Rogers, director of Food Safety and Research at Consumer Reports, told Consumer Reports.

But Chapman was less certain about this recommendation. That's because officials in Canada have not determined the exact source of the romaine lettuce involved in the E. coli outbreak. It's possible that a single source of contamination — such as a contaminated water supply — could affect different food products, Chapman said.

"Avoiding just romaine may or may not be enough," because other lettuces or foods could also be affected, Chapman told Live Science. "It could be that there's a different [food] source of this exact same pathogen," he said.

Another possibility is that the E. coli strain causing illness in the United States is actually slightly different from the strain in Canada. "We could be looking at two different outbreaks at the same time," Chapman said.

It's certainly possible that the two outbreaks could be the same, but U.S. officials say they need more evidence to make that conclusion. The CDC is currently interviewing sick people to determine what they ate in the week prior to getting sick. Then, the CDC will do the same with a group of healthy people and determine whether there are certain foods that the ill people were more likely to eat, compared with healthy people, Chapman said.

Officials will also sequence the whole genome of the E. coli involved in the U.S. outbreak, to determine how closely related it is to the strain in Canada.

Chapman suspects that officials will make an announcement soon about whether the U.S. and Canadian outbreaks are indeed the same.

E. coli O157:H7 belongs to a group of bacteria known as shiga toxin-producing E. coli, or STEC. Symptoms of STEC infections include severe stomach cramps, bloody diarrhea and vomiting, according to the CDC. Most people who contract a STEC infection get better within a week, but some infections can be life-threatening, the CDC says. Very young children and the elderly are more likely to develop severe illness from STEC infections.