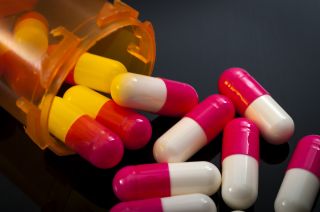 If you have ever taken an antibiotic, you likely know the drill: Finish the entire course of treatment, even if you are feeling better, or else you risk a relapse.

Worse, by not finishing, you might contribute to the dangerous rise of antibiotic-resistant bacteria.

The advice to always finish your antibiotics has long been considered medical dogma, and can be seen today on the websites of the World Health Organization, the U.S. Food and Drug Administration and other leading health authorities. [7 Medical Myths Even Doctors Believe]

But the advice is wrong, according to an opinion article published today (July 26) in the journal The BMJ.

"'Complete the course' is taught very widely, but it's been known to be wrong for quite a while," said Dr. Martin Llewelyn, a professor of infectious diseases at Brighton and Sussex Medical School in the U.K. and the lead author on the opinion piece.

Llewelyn said the advice is, at best, overly simplistic. The idea that stopping an antibiotic treatment early encourages antibiotic resistance is not supported by scientific evidence, he said.

Moreover, having everyone finish their antibiotics all the time may actually be increasing antibiotic resistance worldwide, because it's the taking of antibiotics for longer than absolutely necessary that increases the risk of resistance, Llewelyn said.

The original theory was this: Treating bacterial infections with an antibiotic kills those bacteria, but this may take a week or more to accomplish. If you stop treatment early, you have only killed the weaker of the bacteria, those bugs most readily wiped out by the antibiotic. The ones leftover are the tougher bacteria, which would have been killed if the treatment continued but now, in the absence of antibiotics, have room to multiply and pass their genetic-based resilience to their progeny. Next time around, the infection is that much tougher.

On one level, the theory made sense. Bacteria that do survive an onslaught of antibiotics do indeed reproduce quickly and pass along those traits that made them resistant to the antibiotics.

Yet infectious disease experts have known for at least two decades that this theory is flawed. The British microbial specialist Harold Lambert wrote in a 1999 Lancet journal article that antibacterial resistance rarely arises in one patient from one treatment. Rather, it is a populationwide phenomenon in which bacteria spread from host to host, acquire all kinds of genetic traits, and may be resistant to a particular antibiotic before the bacteria even enter your body.

Most experts agree that the widespread use of antibiotics — both in humans and in animals raised for food — has placed increased evolutionary pressure on bacteria to adapt and become resistant to the antibiotic. [6 Superbugs to Watch Out For]

"It's a hot topic; everyone is interested in using less," said Dr. Helen Boucher, an infectious disease physician and director of the Infectious Diseases Fellowship Program at Tufts Medical Center in Boston, who was not part of the BMJ opinion article.

Boucher said she agrees with the BMJ authors' stance that "completing the course" merely for the sake of lowering the risk of antibacterial resistance is not based on solid scientific evidence. She added, however, that doctors don't often know when a shorter course of antibiotics is as effective as a longer one.

The length of the antibiotic regimen for any given case is not arbitrary. Regimens are based on clinical studies done when the drugs were first tested, Boucher said. Newer, more refined studies often reveal more effective lengths that strike the balance between killing the bacteria causing an infection and not flooding the environment with more antibiotics.

Boucher is also involved in the leadership of the Infectious Diseases Society of America, and she noted that this professional society of more than 10,000 health specialists has a strong interest in conducting studies to understand the best minimal dose of antibiotic regimens.

Both Boucher and Llewelyn said patients should not "self-medicate" with antibiotics, or simply stop when they are feeling better. Rather, they should follow their doctor's instructions about when to stop.

The opinion piece stated that some health authorities have recently replaced the phrase "complete the course" with messages advocating taking antibiotics "exactly as prescribed."

"'Exactly as prescribed' is OK and at least it gives flexibility in the discussion between doctor and patient about when to stop — perhaps when [the patients] have been reviewed, or have a certain test result, or have been better for a certain period of time," Llewelyn told Live Science.