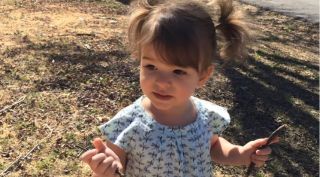 Two doctors claim to have used controversial oxygen treatments to reverse brain damage in a 2-year-old from Arkansas who nearly died by drowning in a cold swimming pool, but other experts are very skeptical of the claims the doctors made in their report of the case.

"I found the publication to be sufficiently suspect," said Dr. Ian Miller, a pediatric neurologist and medical director of the comprehensive epilepsy program at Nicklaus Children's Hospital in Miami, who was not involved in the report. "I really worry that other people who read about this on the internet will think that this is a legitimate type of therapy" for people with brain damage, when there is no proof of this, Miller told Live Science.

In the new report, the authors describe the case of 2-year-old Eden Carlson, who fell into her family’s swimming pool last year and was submerged in 41-degree-Fahrenheit (5 degrees Celsius) water, for about 15 minutes. In total, she spent 2 hours without a heartbeat, and was not expected to survive, her family said in a YouTube video. Doctors were able to revive her, but she had experienced brain damage. After a month in the hospital, she couldn't speak, walk or respond to commands. An MRI showed she had damage to her brain's gray and white matter.

Fifty-five days after the girl's near-drowning, Dr. Paul Harch, clinical professor and director of hyperbaric medicine at Louisiana State University Health Sciences Center, began an oxygen treatment on the girl, giving her oxygen at the same air pressure as air at sea level for 45 minutes twice a day. After these treatments, Eden became more alert and started to speak and even laugh again, according to the case report. Then, 78 days after her near-drowning, the doctors gave Eden hyperbaric oxygen therapy (HBOT), which provides oxygen in a pressurized chamber. Harch co-owns a company that offers hyperbaric oxygen treatments. [The 10 Most Controversial Miracles]

After about 40 sessions of this therapy, Eden could walk again with assistance and had normal cognition, Harch's report said. An MRI after the hyperbaric treatments showed a "near-complete reversal" of the brain damage, Harch and his co-authors said. The report was published in the July issue of the journal Medical Gas Research.

But other experts had serious concerns about the report, saying that the authors did not provide evidence that the oxygen treatments helped at all in Eden's recovery. Rather, these experts said this type of recovery could happen without these specific oxygen treatments.

Miller said everyone can be grateful that Eden is doing so well. However, Miller said he found the report "to be really underwhelming in terms of its evidence."

For example, Miller said, the report did not provide evidence that brain cell death occurred, or that these brain cells were "resurrected" by the oxygen treatment.

"There is just no way that providing oxygen to a dead brain cell makes the brain cell recover," Miller said. "That's not how the brain responds to injury and to oxygen once neurological death has occurred."

Dr. David Cifu, professor and chairman of the Department of Physical Medicine and Rehabilitation at Virginia Commonwealth University School of Medicine, was similarly concerned about the paper.

"This proves nothing," Cifu said. People can recover brain function after near drowning, he said, and "it has nothing to do with hyperbaric oxygen."

Recovery can happen because of the brain's plasticity, or flexibility, meaning that different brain areas can take over for those that have been damaged, Cifu said. Cifu has conducted rigorously designed studies, some for the military, on the use of hyperbaric oxygen treatment for people with traumatic brain injuries. In these studies, participants received either a hyperbaric oxygen treatment or a "sham" treatment that was not expected to have an effect. But both groups showed the same level of improvements in their symptoms, regardless of whether they received the real or sham treatment. The hyperbaric oxygen "just didn't help the people" any better than the control-group treatment, he said.

In addition, Miller said Eden's recovery may have been related to the temperature of the water when she was submerged. It's known that people who have near-drowning experiences in cold water tend to have better outcomes than those in warmer water, because cold water can have a "protective" effect on the brain.

When Live Science reached out to Harch about these criticisms in an email, Harch said "the child made progressive accelerated neurological improvement with each week of HBOT. That neurological improvement can only be explained by improvement in brain function which is consistent with the regrowth of brain tissue. Spontaneous recovery and growth of tissue can possibly occur over time, but the child was not improving at this rate until the introduction of each of these therapies."

Miller said a recovery over months is not unexpected in someone with a brain injury.

Harch added that his report did not claim to "resurrect" brain cells with oxygen treatments, but rather, it said the oxygen treatments led to the growth of brain tissue, likely because the oxygen stimulated the expression of certain genes.  In addition, Harch said he refutes Cifu's studies, in part because he says the studies did not include a proper sham control group.

Hyperbaric oxygen therapy is approved by the Food and Drug Administration to treat certain conditions, including carbon monoxide poisoning, decompression sickness (often called "the bends" by divers) and burns caused by heat or fire.

Under the pressurized conditions of a hyperbaric oxygen chamber, the lungs can take in more oxygen than they would when breathing at normal air pressure. The increase of oxygen in the blood may improve the delivery of oxygen to tissues and help minimize cell injury, according to the FDA.

Studies on hyperbaric oxygen for treating brain injury have had mixed results, with some studies suggesting a benefit in the case of stroke patients, while other studies, like Cifu's research, finding no effect.

Earlier this year, the FDA issued a warning to consumers that hyperbaric oxygen therapy has been promoted as a treatment for many conditions that it is not approved to treat. The FDA clarified that hyperbaric oxygen therapy is not approved to treat brain damage, Alzheimer's disease, autism, diabetes or many other conditions for which it has been promoted.

Editor's note: This article was updated on July 24 to include several additional quotes from Harch.