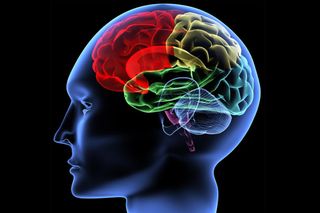 The brain is made up of an inconceivable number of cells.
(Image: © Dreamstime)

An "enchanted loom" is how Charles Sherrington described the interconnected net of cells that makes up our three-pound control center. Indeed, there is something almost magical in the notion that all our mental processes, from perception to memory to consciousness itself, can be described entirely by cellular activity in the brain.

The basic functional unit of the brain is the neuron, a special cell that sends electrochemical signals to other neurons (across a "synaptic gap") and thereby creates those patterns that make up what we think of as the mind.

The complexity of the task requires a fairly inconceivable 100 billion neurons, interconnected via trillions of synapses. A single firing neuron might communicate to thousands of others in a single moment. No computer comes close to the complexity of these communicating bits of organic matter.

What's more, for each neuron there are some 10 to 50 glial cells providing structural support, protection, resources and more.