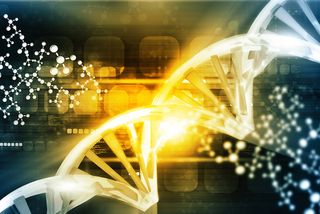 The case of a young girl who frequently got sick from colds has helped scientists pinpoint a rare genetic mutation that makes people more susceptible to cold viruses.

The 5-year-old girl has suffered numerous life-threatening infections from human rhinoviruses, which cause the common cold, according to a new report. When she was just over 1 month old, she developed an infection with both a rhinovirus and a flu virus, and had to be placed on a ventilator so she could breathe. Since then, she has been hospitalized more than 15 times with various respiratory infections, including colds, the flu and bacterial pneumonia, according to the report, from researchers at the U.S. National Institute of Allergy and Infectious Diseases (NIAID).

Because of these frequent infections, her doctors suspected her immune system was not functioning properly, and they sequenced her genome to see if they could find a genetic explanation for her symptoms. [27 Oddest Medical Cases]

They found she had a mutation in a gene called IFIH1, which is involved in the production of immune- system proteins called MDA5. Normally, MDA5 proteins help detect the presence of viruses inside cells and signal the activation of other immune-system proteins to fight the infection, the researchers said.

But in earlier studies in mice, scientists had found that animals that lack working MDA5 proteins could not detect certain viruses and were thus not able to activate an immune response against these viruses.

"The human immune response to common cold viruses is poorly understood," Dr. Anthony Fauci, director of the NIAID, said in a statement. "By investigating this unique case, our researchers not only helped this child but also helped answer some important scientific questions about these ubiquitous infections that affect nearly everyone."

The researchers also turned to a database containing information from the genomes of more than 60,000 people to see whether there were other cases of health problems related the IFIH1 gene. They found several different mutations in the IFIH1 gene that could lead to less effective MDA5 proteins, although these mutations were rare.

In addition, most people with these IFIH1 mutations lived normal life spans (the earliest death was at age 81), and they had healthy children. The researchers suspect that these people may have had other genetic factors that compensated for their improperly working MDA5 proteins and kept them from catching life-threatening colds; or they survived despite experiencing frequent colds, but did not report those colds.

Although most people who get sick with a cold recover without a doctor's visit, some people can experience serious complications from colds, particularly if they have asthma, chronic obstructive pulmonary disease or other health problems, the researchers said. The findings may one day lead to new ways to treat patients with severe illness from rhinoviruses who also have MDA5 proteins that aren't working properly, they said.

"When people have other disease factors, [rhinovirus] infection can become a tipping point and lead to severe illness, disability or even death," said study co-author Dr. Helen Su, chief of the Human Immunological Diseases Unit at NIAID. "Now that we better understand the pathway, we can investigate more targeted ways to intervene" in these cases.

The girl in the current study survived numerous respiratory infections, but still needs treatment with supplemental oxygen, the report said. Although her genetic mutation appears to increase the risk of rhinovirus infections only, other factors, such as lung injury, also might have increased her susceptibility to other respiratory viruses, including flu viruses, the researchers said.

The girl's health improved as her immune system matured and she was able to form antibodies against various viruses, which protect against infection. These antibodies partly helped to compensate for the defective MDA5 response, the researchers said.

The study was published today (June 12) in the Journal of Experimental Medicine.