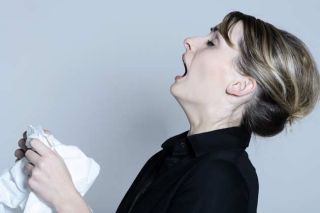 Antihistamines can help, but there is a lot of disagreement on this and other remedies. One thing really helps: Wash your hands a lot so you don't get a cold in the first place. Image
(Image: © Dreamstime)

Washing hands and taking zinc may be the best ways to avoid getting the common cold, and over-the-counter pain relievers are the recommended treatments to alleviate the symptoms, according to a new review.

The common cold strikes adults two to three times a year on average, while children under age 2 develop colds about six times a year, according to the study. There's no vaccine or cure for the cold, which usually takes only a few days to resolve on its own but can be bothersome and debilitating.

To identify the best ways to prevent getting a cold, or help alleviate its symptoms once it has struck, researchers reviewed more than 150 studies of both traditional and nontraditional approaches, ranging from gargling water to eating garlic. They detailed their findings today (Jan. 27) in the Canadian Medical Association Journal. [Myth or Truth? 7 Ancient Health Ideas Explained]

The best way to avoid a cold is to keep your hands germ-free, according to the study. The researchers reviewed 67 randomized, controlled trials looking at cold prevention, and concluded that regularly washing the hands, as well as using alcohol-based disinfectants and gloves, are likely effective in preventing the cold.

Taking zinc works, too. This element is found in meat, beans and nuts, and appears to be effective in reducing the number of colds per year, at least in children, the researchers said. In studies, children who took 10 to 15 milligrams of zinc sulfate daily had fewer colds than children taking a placebo. Although these studies involved only children, there is no biological reason why zinc would not work similarly in adults, the researchers said.

There is some evidence that probiotics may help prevent colds, although the types and combinations of organisms varied in the studies, as did the formulations (for example, pills or liquids), making comparison difficult, the researchers said.

Studies of other measures — including gargling water, eating garlic, exercising and homeopathic remedies — didn't provide clear or sufficient evidence that these methods are beneficial, the researchers said.

Taking antihistamines combined with decongestants or pain medications appears to be somewhat effective in treating the symptoms of colds in people older than age 5, according to the study.

As for nasal sprays, the drug ipratropium may alleviate a runny nose, but it is not effective in treating congestion, the researchers found.

Vitamin C and antibiotics showed no benefit for treating the common cold.