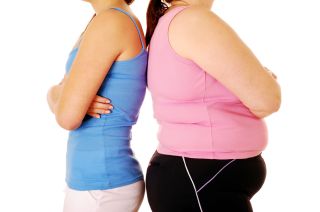 CHICAGO — A new, nonsurgical weight-loss procedure — which involves inserting a tube down a patient's throat and suturing the stomach — is safe and effective, a new study finds.

During the procedure, which is called endoscopic sleeve gastroplasty, doctors insert a long tube down a patient's esophagus to the stomach. Then, they sew "pleats" into the stomach, which makes it resemble an accordion.

The new procedure could be a good option for people who are obese, meaning they have a BMI of 30 or higher, who either cannot undergo weight-loss surgery due to medical conditions or do not want to have surgery, Sharaiha said during a news conference in advance of her presentation. The procedure is not intended to replace other weight-loss surgery options, but rather to offer an additional, "safe and reliable, cost-effective" option, she said.

Sharaiha noted that most the patients who underwent the endoscopic procedure had to pay out of pocket, while insurance usually covered the other operations. It's possible that this affected the results, as previous studies have shown that people are more adherent to weight-loss guidelines if the individuals need to pay for the procedures themselves, Sharaiha added.