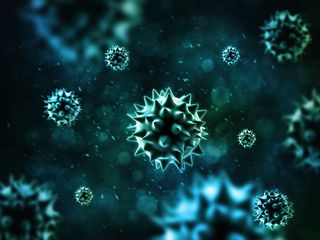 Bariatric surgery may lead to long-term changes in people's gut bacteria that contribute to weight loss following the procedure, a new study from Sweden suggests.

Researchers analyzed the gut bacteria of 14 women nearly a decade after they underwent bariatric surgery, also known as weight-loss surgery. Half of the women had undergone a type of surgery called Roux-en-Y gastric bypass, in which doctors create a small pouch out of the top of the stomach and connect it directly to the small intestine. The other half underwent vertical banded gastroplasty, in which the stomach is made smaller with a band and staples.

The women who'd had vertical banded gastroplasty also showed differences in their gut bacteria compared to the women who had not had the surgery, but these differences were not statistically significant, meaning they could have been due to chance, the researchers said.

"Our results suggest that the gut microbiota may play a direct role in the reduction of adiposity [body fat] observed after bariatric surgery," the researchers wrote in the Aug. 4 issue of the journal Cell Metabolism. [5 Ways Gut Bacteria Affect Your Health]

The findings held even after the researchers took into account patients' body mass indexes (BMIs), suggesting that the changes in gut bacteria were related to the surgery itself rather than to the weight loss, the researchers said.

The results agree with previous research that found changes in gut bacteria following bariatric surgery, but the new study is one of the first to look at whether those changes last over the long term, according to the researchers.

"Our findings are important in light of the growing epidemic of obesity and associated diseases," study researcher Fredrik Bäckhed, of the University of Gothenburg in Sweden, said in a statement.

The researchers hypothesized that, with future research, it may be possible to identify certain types of "good" bacteria, known as probiotics, that provide effects similar to those associated with bariatric surgery. "Since surgery always confers a risk, it is critical to identify nonsurgical strategies," Bäckhed said.

However, because the new study was small, the findings should be confirmed with future research. The study's small size may have limited the researchers' ability to detect certain differences between the groups, they said. In addition, the study did not compare the gut bacteria of the same women before and after surgery, which would have provided stronger evidence of a change in gut bacteria.