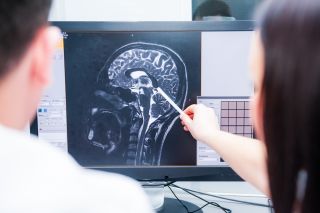 Your brain may not be the same age as your body, and an "older" brain may be linked to an increased risk of dying at a younger age, a new study from the United Kingdom finds.

People in the study whose brains were older by certain measures had a greater risk of poor mental and physical health and were more likely to die at an earlier age compared to those with younger brains, the study said.

"If your brain is predicted to be older than your real age, [then] that reflects [that] something negative may be happening," lead study author James Cole, a neuroscientist at Imperial College London in England, said in a statement. [10 Things You Didn't Know About the Brain]

In the study, the researchers predicted people's brain age using a technique that employed artificial intelligence to analyze information from brain scans, according to the study, published today (April 25) in the journal Molecular Psychiatry.

The technique was developed in 2010 and involves measuring the volume of a person's brain and looking at the amounts of white matter and gray matterwithin the brain, according to the study. Using brain scans from about 2,000 people between the ages of 18 and 90, the researchers "trained" a computer program to predict a person's brain age.

The technique was then tested in a group of more than 650 people who were all 81 years old. These people were a part of a long-running Scottish study called the Lothian Birth Cohort 1936. This group of adults' brains had been scanned previously, when they were 73, and these individuals also underwent medical and cognitive testing.

The researchers found that people whose brains were older than their actual ages scored worse on the medical and cognitive tests, according to the study. For example, the people with older brains had weaker grip strength (meaning they could not grasp an object as tightly), lower lung capacity and slower walking speeds than the people with younger brains, the researchers found. These three factors have been linked to unhealthy aging.

The study had several limitations, however. For example, the researchers noted that the people in the study were healthier, on average, than the general population, so it's unclear if the findings would be different in unhealthy individuals. In addition, the researchers looked at the brain scans only of older adults, so future studies should include a wider range of ages.

Much more research is needed before the brain-scanning technique can be used in a doctor's office, the researchers said.

In the future, "someone could go to their doctor, have a brain scan, and the doctor could say, 'your brain is 10 years older than it should be,' and potentially advise them to change their diet or lifestyle or start a course of treatment," Cole said. "However, at the moment, it's not sufficiently accurate to be used at that sort of individual level," he said.