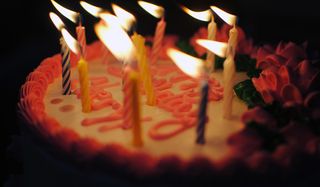 People age at different rates, and now, a new study finds that people's tendency to age more slowly or quickly than their contemporaries is evident in healthy people as young as their 30s.

They found that the participants' biological ages ranged from 28 to 61. In other words, some of the 38-year-olds functioned as well as people in their late 20s, whereas others more closely resembled the functioning of people in their early 60s.

"We set out to measure aging in these relatively young people," the study's first author, Dan Belsky, an assistant professor of geriatrics at the Duke University Center for Aging and Human Development, said in a statement. "Most studies of aging look at seniors, but if we want to be able to prevent age-related disease, we're going to have to start studying aging in young people," he said.

Belsky said he was surprised to find "so much variation already by the midpoint of the life course in how people are aging." "The biological age range being from below 30 to over 60 is really extraordinary," he said.

The same information that the researchers used in the study to determine people's biological ages is typically collected during routine medical checkups. Doctors could use this data to explain to patients, in a relatable way, how their lifestyles are affecting their health, Belsky said.

"When somebody says, 'Well, you're 40 years old, but your body looks 50,'" it's very intuitive for most people to understand what that means for their health, Belsky told Live Science.

In the study, researchers looked at data from nearly 1,000 people born between 1972 and 1973 in the same hospital in Dunedin, New Zealand. The participants were part of the Dunedin Study — an ongoing project to track the health of a group of people from their birth — and they undergo physical exams and extensive interviews every few years.

The researchers also used data collected from the participants from age 26 to 38, to calculate a "pace of aging" value, or approximate measure of how fast they were aging. For this calculation, the researchers used measures such as the participants' waist-hip ratio, body mass index and cardiorespiratory fitness.

They found that for people who were aging the most rapidly, every chronological year correlated to three years of physiological aging. People aging faster also tended to report feeling older.

Furthermore, in a separate study in which undergraduate students at a U.S. university looked at photos of the participants' faces, with no additional information, the students rated the participants with higher biological ages as looking older than their biologically younger counterparts.

Can people change how old they look?

Using markers from many body systems gives researchers a better picture of how aging works in the body, Belsky said. "If aging is a process that affects all the organ systems in the body simultaneously, what we're mostly interested in is a broad trend across all those organ systems," he noted.

Going forward, the researchers may add even more biomarkers to their calculations as advanced technology makes it easier to collect more data.

The study shows that it's possible to detect the types of changes that come with age in people who are still young and free of disease, he said. For example, researchers were able to detect declines in organ function and strength, as well as cognitive decline.

The findings also imply that people's habits can affect how quickly they age, and eventually, the research could point to tools ortherapies that might be able to slow down the aging process, he said.

"Only about 20 percent — perhaps a little bit less, or a little bit more — of variation in life span is genetic in nature," Belsky said, adding that environment and lifestyle play large roles in aging. "What we see with aging is really about the interaction between our genes and the environments we encounter," he said. "There's nothing about this process that's set in stone."

The research was published on July 7 in the journal Proceedings of the National Academy of Sciences.