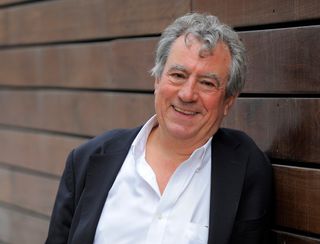 The irreverent, surreal style of humor in the "Monty Python" movies and TV series came, in part, from comedian Terry Jones, a member of the comedy troupe. But now, The Guardian has reported that Jones, who is 75, has a little-known form of dementia.

Jones was diagnosed in 2015 with a condition called frontotemporal dementia, The Guardian reported on Sunday (April 16).

But what is this type of dementia? And how does it affect the brain? [10 Things You Didn't Know About the Brain]

Dementia is a general term for a condition in which changes in a person's brain affect his or her ability to carry out everyday activities, according to the Mayo Clinic.

Indeed, Jones described the disorder by saying, "My frontal lobe has absconded," according to The Guardian.

Which symptoms appear first depends on the part of the brain that is affected, the NIA says. For example, if the disease starts in the part of brain responsible for decision-making, a person's first symptom may be trouble managing money, the NIA says.

Jones' first symptoms occurred when he had trouble remembering his lines during a performance in London in 2014, The Guardian reported.

Extreme changes in behavior and personality are also common signs and symptoms of the disease, according to the Mayo Clinic. These changes can include increasingly inappropriate actions, loss of empathy, and lack of judgement and inhibition, the Mayo Clinic says.

The cause of frontotemporal dementia in an individual is usually unknown, according to the Mayo Clinic. Although the disease has been linked to several genetic mutations that can be inherited, more than half of the people who develop the disease have no other family members with the condition, the Mayo Clinic says.