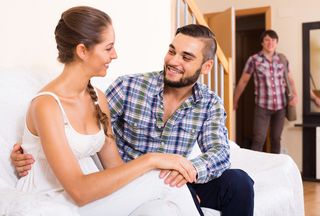 If you've ever had a partner who flirted with other people right in front of you, chatted up attractive strangers and tried to make you feel like you couldn't measure up, well, maybe you were dating a narcissist.

And maybe they were doing it on purpose.

New research suggests that people who have a high level of narcissistic traits strategically induce jealousy in their mates as a way to meet certain goals: Control, in some cases, or a boost in their self-esteem.

"There is some element of normality to narcissists, in that they pursue goals much like everyone else does," said study author Gregory Tortoriello, a psychologist at the University of Alabama. "We're just finding that it's to a slightly greater degree." [The 10 Most Controversial Psychiatric Disorders]

The second category, vulnerable narcissism, describes people who are similarly entitled and willing to exploit people to get what they want. But vulnerable narcissists have an "inherent fragility," Tortoriello said. They are insecure, and have low self-esteem.

Tortoriello and his colleagues were intrigued by earlier research showing that narcissists often sabotage their romantic relationships with behaviors like flirting with other people. Researchers have theorized that these love-killing behaviors are impulsive and that narcissists can't help themselves. But Tortoriello and his team suspected there might be more to the story.

The researchers asked 237 undergraduates to fill out questionnaires about their personality traits, jealousy-inducing behaviors and the motives for those behaviors. They found that the more narcissistic the person, the more likely they were to try to make their romantic partners jealous.

The reasons for these romantic head games varied by the type of narcissism, though. Grandiose narcissists reported being motivated by their desire to gain power and control within the relationship. Vulnerable narcissists, on the other hand, tried to induce jealousy for multiple reasons. Control was one, along with testing the relationship's strength, seeking security in the relationship, compensating for low self-esteem and exacting revenge for what they perceived to be their partner's bad behavior. [6 Scientific Tips for a Successful Marriage]

"They are, according to our study, inducing jealousy in their partners as a means to pursue some greater goal," Tortoriello said. "They're doing it intentionally."

There are limitations to the study. The data were self-reported and the researchers can't prove causation, only correlation, between narcissistic traits and jealousy-producing behaviors. The undergraduate study population isn't representative of the world at large, but college students do offer one advantage, Tortoriello said: They're actually higher in narcissistic traits than the general population. (This could reflect an actual increase in narcissism or it could be a side effect of the kind of questions asked in surveys, Tortoriello said. The side effects include things young people might be more likely than  older people to respond positively to, like how much they enjoy seeing themselves in the mirror.)

The students in the study weren't pathologically narcissistic; they didn't have narcissistic personality disorder, the most extreme version of narcissism, the researchers said. But the findings could apply in clinical treatment for more severe cases, Tortoriello said. For example, the idea that narcissistic people pursue goals just like anyone else — albeit with less concern for those they might hurt — suggests that it might be fruitful to try to change those goals.

"They would, in theory, probably find other ways to meet those goals that are equally, if not more maladaptive, so I think perhaps tempering the goals themselves may be useful," Tortoriello said.

The findings appeared March 29 in the journal Personality and Individual Differences.