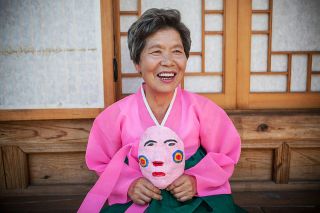 Life expectancy is expected to rise in many countries around the world, but in the United States, that increase is predicted to be smaller than in other countries, a new study finds.

In the study, published today (Feb. 21) in the journal The Lancet, researchers predicted what the average life expectancies will be in 35 countries for people born in the year 2030.

To estimate life expectancy, the researchers used a new approach that combined several statistical models. But they noted that the life expectancies described in the study are predictions, and that there is some uncertainty surrounding each prediction.

This estimated increase in life expectancy in South Korea puts women over a threshold once thought impossible by scientists, the researchers said.

"As recently as the turn of the [21st] century, many researchers believed that life expectancy would never surpass 90," lead study author Majid Ezzati, a professor of global environmental health at Imperial College London, said in a statement. The new research, however, suggests that the 90-year barrier will be broken, he said.

"I don't believe we're anywhere near the upper limit of expectancy — if there even is one," Ezzati said.

Life expectancy for boys born in 2030 was predicted to be the highest in South Korea (84.1 years), Australia (84 years) and Switzerland (84 years), the researchers found.

Although all 35 countries included in the study were predicted to have increases in life expectancy by 2030, some increases were smaller than others.

"Life expectancy at birth [in the United States] is already lower than [in] most other high-income countries," the researchers wrote in the study, and the new findings suggest that it is "projected to fall further behind."

The researchers noted several reasons for the setback. For example, the U.S. has the highest homicide rates, the highest death rates for women and children, and the highest average body mass index of any high-income country, the researchers said. In addition, it's the only country of the 35 included in the study that doesn't provide universal health care, and many people have unmet health care needs because they cannot afford it, the researchers wrote.