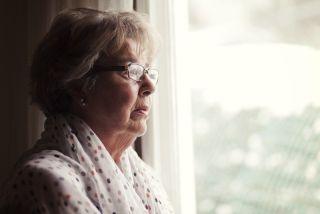 Life expectancy for white women in the U.S. has dropped for the second time in recent years, according to a new report from the Centers for Disease Control and Prevention. This is in stark contrast to what's happened with other race and sex groups, which have experienced increases in life expectancy or stayed about the same, the report said.

In contrast, results show no declines in life expectancy over the last decade for Hispanics and blacks of both sexes, or for white men. (The CDC started estimating life expectancy by Hispanic origin in 2006.)

The decline in life expectancy for white women is not necessarily surprising, because some previous studies have found a plateau or even a decrease in life expectancy for certain groups of white men and women, said Anna Zajacova, an associate professor of sociology at the University of Wyoming, who was not involved in the study.

For example, a 2015 study found that death rates for whites ages 45 to 54 increased after 1998. And other studies have found that, although death rates for U.S. college-educated women have declined in recent decades, the rates have increased among white women with less than a high school education, according to a 2013 paper by Zajacova and colleagues. [5 Myths About Women's Bodies]

Researchers have proposed a number of explanations for the decline in life expectancy among white women with less education, including the "tough economic situation for middle-class and working-class adults in recent decades," Zajacova said. Unemployment and economic instability are linked with worse health, which may be due to stress and other factors, Zajacova said.

For example, smoking rates are particularly high among white women who have less education, and these smoking habits may contribute to a decline in life expectancy, Zajacova said. The recent rise in prescription drug abuse may also play a role, as this behavior has also been linked with economic instability, she said.

The new report is published today (April 20) by the CDC's National Center for Health Statistics.